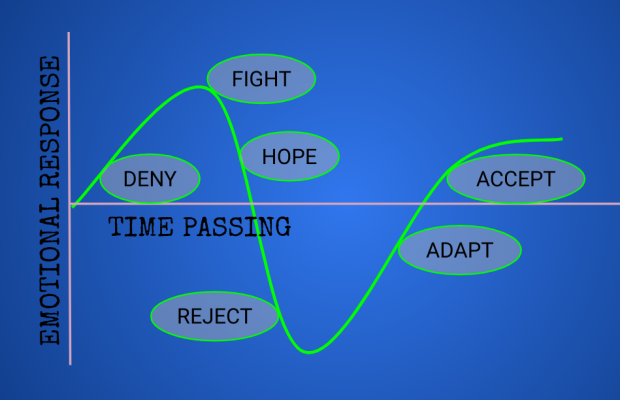 Watching the cycle of protests in the United States has been difficult for all of us.

Whether you are in the street marching, at home social distancing, or trying to rebuild a life somewhere in the middle, we can all agree that the United States right now is a country in transition.

Headlines around the world are all talking about the past – protests that happened, tragic deaths, a country divided.

Because that is all the news can do. They are trapped by time, only qualified to talk about what has already happened.

But the past doesn’t help us right now.

What everyone wants to know is what comes next.

At CIA, we are trained to find patterns that help us predict the future.

When you find a pattern that repeats, it’s called a cycle. CIA uses cycles to build reports for the President, models for the military, and estimates for Congress.

But we also use cycles to help us prepare for our own operations. To predict what challenges we will face, what feelings we will have, and how other people will react. Cycles help us create escape strategies, cover stories, and even set thresholds for when to run and when to fight.

With so much hurt, anger, and confusion right now, there is one CIA cycle I learned that can help you predict what comes next.

I first learned this powerful cycle in 2010 during a mission pre-brief.

My wife, Jihi (also a covert CIA officer at the time) and I were preparing for a new assignment. We were deploying together – as a ‘tandem couple’ – and would be heavily reliant on one another for mission success.

To help us prepare for the challenging road ahead, we were taught a cycle that combined two well-known psychological models: the ‘change curve’ and the ‘Kübler-Ross model’.

The Change Curve: A model that predicts the way people will respond to large-scale change.

The Kübler-Ross Model: A model that predicts what emotional stages people will experience when facing catastrophe.

While the CIA Mission Response Cycle is designed to help covert operators understand how they will respond under stress, it is even more powerful as a tool before the mission starts.

When facing extreme adversity, the human mind goes into a predictable cycle of behavior.

Whether facing terminal illness, a significant personal loss, or a potential catastrophe, people experience the same pattern of emotional response.

The protests occurring across the USA right now are an example of the CIA Mission Response Cycle in motion.

While the unnecessary death of George Floyd under police custody may have triggered the protests, the cycle was in motion long before that.

As uncertainty about the coronavirus, economic loss, and a split in state and national leadership were increasing, people inherently denied that major life-change would happen. But rising pressure on US institutions and widespread unemployment pushed our emotions past denial and into the next stage…

Anger does not peak immediately, but over time. As people lost jobs, welfare systems broke down, and new rules (facemasks, social distancing, curfews, etc.) were enforced, anger started to build. History may show that US anger peaked on 25 May 2020, the day George Floyd was killed.

The protests happening in the United States are not a symptom of fighting, but of hope. Hope for racial equality, public trust in police, and national unity. Hope is good because it brings our emotions down from anger. And while I am as hopeful for change as my fellow Americans, I also understand the cycle…

The changes people are looking for will not happen fast enough. A miracle vaccine will not become universally available soon. The economy is many months away from recovery. Large-scale changes in racial equality, police training, and social support systems are unlikely to happen during a global pandemic and economic crisis.

Protests will eventually stop as people transition from hope to rejection.

It is unfortunate, but predictable, that there is more sadness ahead
before America feels normal again.

The US has a proud history of adapting to overcome incredible tragedy. We bounced back from the Great Depression, marched to victory in two World Wars, and show no signs of stopping until we defeat the SARS-CoV-2 global pathogen. With each step we take to adapt, our emotional state improves.

America will find its way to a new normal and people will feel relief. We may not be the first country to do it, but we won’t be the last.

The value of the CIA Mission Cycle isn’t just as a tool to see the future, but also to decide how you will face each new stage of the cycle.

The time each person takes to move from Deny to Accept is a matter of knowledge and individual choice.

I just gave you the knowledge.

Only you can make the choice.