America 2020 – The Rules of Espionage 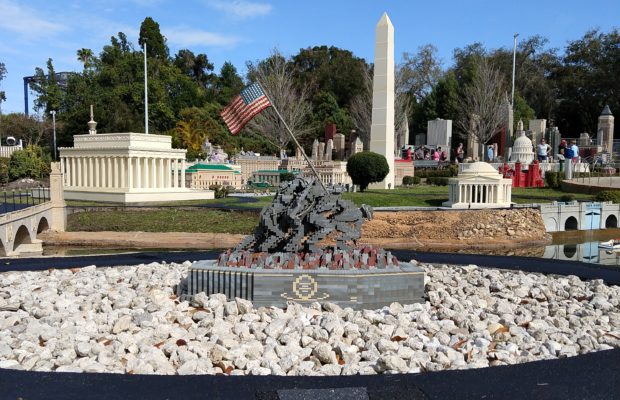 Espionage became a household word in 2016.

The world started reading headlines about foreign actors influencing the 2016 US Elections.

Legal investigations began at all levels of government. Conspiracy theories took off. Comedians and commentators alike took advantage of a growing public appetite for more;

The fact is that espionage has been alive and well in the US since the American Revolution.

Foreign actors have been working to influence every aspect of American life since the day we gained independence.

But fear sells. Paranoia brings a premium. And hate and anger are as addictive as sugar and tobacco.

The truth is that espionage is logical, predictable, and follows a strict set of rules

Espionage is a gentleman’s game. And everyone plays by the same rules.

Those that understand the rules, win. Those that don’t, lose.

The problem is that everyday people don’t know the rules of espionage. Because nobody has taught them.

That is where EverydaySpy.com comes in.

Espionage is not that different from everyday life.

And the economy is driven by supply and demand.

Espionage is an economy of secrets.

Secrets are always in demand and there are only a limited number of suppliers.

Media understands the demand for secrets, but they don’t have the supply.

Instead, they reframe old conceptions as new theories and frame opinion as truth. They call things secrets that are not. They sell stories, not information.

But because consumer demand is high, people buy into speculation, conspiracy, and accusations when what they want is knowledge.

Knowledge is more valuable than secrets.

Any secret that doesn’t yield knowledge is worthless.

But only professional intelligence operators know that… until today.

Now you know it, too.

The Rules of Espionage are simple:

Let’s apply these rules in our everyday life, as we look to America’s 2020 election season.

The 2016 American elections made it clear to the world that the United States is a target for foreign influence.

That should not have surprised anyone.

History shows more than 200 years of foreign influence activity in and against the USA. At the same time, we ourselves have dedicated time and resources to influencing conflicts, negotiations, and foreign elections.

Foreign influence activity in the 2020 election season will be even greater than in 2016.

The United States is a target for every aspiring superpower in the world: Russia, China, Iran, India.

But ambitious world leaders are not the only threats looking to influence 2020:

Here is what the Rules of Espionage tell us we can expect from our next election cycle:

The bipartisan divide inside the US will be fierce and aggressive. We are already seeing that in early Republican and Democratic debates.

Each group is looking to protect their own interests first – not the interests of the country.

The focus of every would-be candidate right now is on saying/doing whatever it takes to win the next round of voting.

When everyday people act in their own interests, they are called ‘selfish.’ Through the eyes of a spy, there is no difference between a self-absorbed boss or self-absorbed politician…

Except that you don’t get to choose your boss.

The best kept secrets are kept secret. You will never know them. And that is a good thing. Spies don’t obsess over what we don’t know. Instead, we use what we know to build knowledge, make predictions, and take action.

The sooner you realize that real secrets stay secret, the sooner you stop being fooled by what others call secrets.

Of course China, Russia, Boeing and Google have secret plans to influence the 2020 election. It’s in their best interest to do so (see Rule #1). The election season is both an opportunity and a threat to them, so they must have a plan.

Secrets are something we all have in common. Scientists call this a ‘constant.’ Constants make it possible to create a hypothesis and measure a reaction. That makes secrets helpful.

People will look at whatever they are shown. Everything we see we are meant to see.

All information is controlled. The question we have to ask ourselves is how much we trust whoever is controlling the information.

Consider a federal whistle-blower like W. Mark Felt, Linda Tripp, or Edward Snowden. Each of these people released ‘secret’ information that hugely impacted American history. But who controlled the information?

They controlled how it was collected, how it was shared, and when it was released. The same is true for any media outlet, private company or government organization.

That means everything we hear about the 2020 elections is also controlled information, released according to Rule #2, in an effort to support Rule #1.

Everyone has some kind of strength; an edge that gives them an advantage. The goal in espionage is to use your strength to the greatest possible gain.

This rule is the single best predictor for behavior – in people, politics, business and bullies.

President Trump has clear strengths, and he used them to win in 2016. Every Republican and Democratic candidate also has strengths. But they have yet to prove they can leverage their strengths to win.

Expect to see the President leverage his strengths; his base, his economic wins, his rhetoric, and of course the widespread recognition of his name and title.

Similarly, expect competing candidates to experiment with their own strengths. We will see infighting, contradictions, changed loyalties, and outright lies.

That is no secret. That is predictable behavior.

It is easy to assume this rule is closely tied to Rule #4. It is not! It is tied closer to Rule #1.

It is extremely difficult to identify an enemy until you determine someone’s interests. Interests will show you threats. And threats will highlight enemies.

To exploit an enemy’s weakness, you must understand their threats. When you find their greatest threat, that is where you attack.

One candidate’s enemy is another candidate’s opportunity. There are countless examples of instances where ‘enemies’ cooperated to overcome a common threat – in combat, history, movie plots, and comic books.

Private companies, lobbyists, terrorists, foreign governments, slanted media, and super PACs will act together to fight common threats. And then they will turn on each other.

Because they know the rules. And knowing the rules is how you win.

These are the Rules of Espionage. And espionage happens in everyday life.

The next 15 months will be busy with Presidential hopefuls sparring on stage and in social media. That does not make them enemies. And they are not your friends.

But they want you to believe they are.

They are playing an age-old gentleman’s game according to the rules.

You know the rules. Welcome to the game.