Of Kings and Fathers 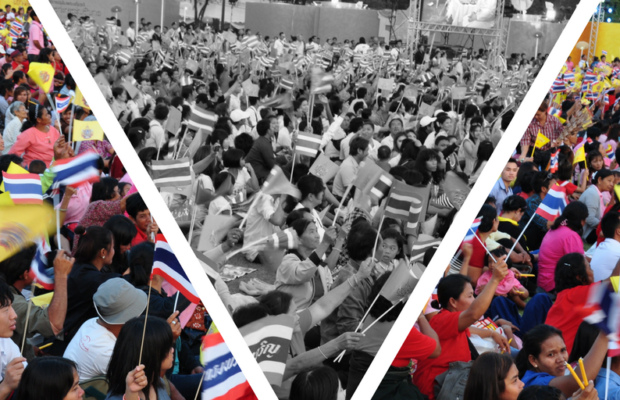 From my #EverydaySpy family to yours, we wish you a Happy Father’s Day!

From my #EverydaySpy family to yours, we wish you an early and happy #FathersDay2019!⠀ ⠀ I lost my father when I was a year old. I have no memory of him. But sometimes I wonder if the meaning of Father's day is as much about celebrating fatherhood as it is remembering the fathers in our lives. ????‍????‍????

I became a Father in Thailand in 2012. Any father will tell you that Fatherhood doesn’t start the day you have a child, but rather the day you find out that your partner is pregnant.

Fatherhood is terrifying, exciting, humbling and rewarding all at the same time.

For my wife and I, morning sickness was a daily struggle. The natural scent that once made me irresistible to her became an unbearable stench in her nose. My flirtatious playfulness would crash and burn more often than fly high.

In Thailand, Father’s Day is dedicated to the late King Bhumibol Adulyadej.

Living in a Kingdom was an incredible experience for us. It was nothing like living in a democracy. And the Kingdom of Thailand in 2012 was ruled by the longest reigning Monarch in history.

The Thai people loved their King – they still do! His picture could be found in every building and individual home. On December 5th each year, the whole country erupted in yellow flowers, yellow cloth, and yellow banners to celebrate their National Father.

The Thai people are some of the most kind, giving, and friendly people you will ever meet.

We made several close Thai friends during our time in Bangkok. Each year, our friends would invite us to celebrate Father’s Day with them in the city center.

Coming from the US, we expected Father’s Day to be relatively calm and quiet; a few gifts, a nice card, and a bit of outdoor cooking. But we quickly learned that Thailand was nothing like America.

Father’s Day in the Capital city, outside the Royal Palace, is a once-in-a-lifetime experience that I got to enjoy twice!

Thailand dedicated the entire day to celebrating Fathers. They raised up their King, yes, but they did so because he was the chief Father. The First Father. The Father of the Nation.

Thailand is a Buddhist country. They believe in karma, positive and negative energy, and family honor. They believe that celebrating their King – pouring their energy and love and adoration into him – will magnify their positive energy and flow through the King into all Thai fathers.

The crowds were incredible. The excitement was intoxicating.

There was so much joy and energy in the streets that you almost forgot there was suffering in the world.

And as I sat among millions of strangers, wearing my own yellow shirt, waving my own royal flag, I learned something new about Father’s Day.

Father’s Day celebrates fatherhood – not individual fathers. The sacrifice, worry, and challenge that comes from being a father pales in comparison to the joys of being a father.

And while not all fathers appreciate the gift of fatherhood, their individual decisions do not decrease the value of the experience itself.

Today I invite you to join me in a moment of respect and appreciation for fatherhood – a blessing none of us deserves and a responsibility many of us gratefully accept.

There is power in celebrating the joy of fatherhood together. There is good reason to gather and laugh and love.

And there will always be hope in our future as long as father’s continue to rise to the challenge – and reward – of fatherhood.