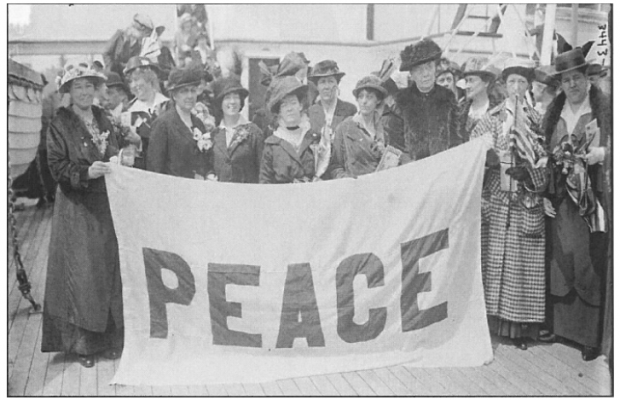 Mother’s Day is the second most popular holiday in the world.

Mother’s Day is a big deal.

But behind the price tags, gift-wrap and brunch menus, Mother’s Day has a dark history that retailers don’t like to talk about…

A history of courageous women, lost lives, and the blinding power of money.

I have three special mothers in my life: my mother, my mother’s mother, and my wife.

To honor these special ladies and all mothers, I share the sad but true story of the Mother’s Day that they deserve.

Mother’s Day was born from loss.

In the late 1850’s, sickness, disease and poor hygiene were killing children across America (only 31 states, at the time).

Mothers’ Day… a day for all mothers.

Basic knowledge about clean drinking water, food-borne illness, and the spread of germs was not well known at the time. Ann, a mother of 6 children by 1856, had lost 4 of them to preventable disease by 1858. Armed with her brother’s medical knowledge and a passion to protect children’s health, she grew a few local work clubs into community cornerstones by 1860.

Rather than choose one side or the other, Jarvis led her fellow mothers to take a neutral stance in the conflict and dedicate themselves to serving all soldiers in need. Being located in the middle of the North/South divide, these courageous West Virginian ladies clothed, cared for, and trained both Confederate and Union soldiers in proper field sanitation.

5 years and 620,000 deaths later, the US Civil War ended and families started the road to reconciliation.

Ann Reeves Jarvis, a hero in her community and to hundreds of misplaced soldiers, had lost four more children to conflict and disease. With only 4 of her 12 children surviving to adulthood, Jarvis’s commitment to motherhood and healthy families had made her a legend throughout the re-united states.

But modern-day Mother’s Day wasn’t the work of Ann Jarvis – rather, it was the passion project of her daughter Anna Maria Jarvis.

By the time her mother died in 1905, Anna had ferociously taken up her mother’s cause. As the Mothers’ Day movement spread, Anna began lobbying media and politicians to create a holiday to honor the sacrifices mothers make for their children.

Mother’s Day… a day for one mother.

With no children of her own and no significant wealth, Anna Jarvis was an unlikely leader for a national movement. So to gain momentum, Anna partnered with an enterprising Philadelphia Department store owner named John Wanamaker to launch the first-ever Mother’s Day Celebrations. One in Grafton, WV and another in Philadelphia, PA – both on May 10th, 1908.

Anna wanted Mother’s Day to be a reverent day, celebrated with only a simple white carnation and honest words of thanks to mom.

But after Wanamaker’s Philadelphia store saw thousands of customers visit the store to buy gifts for mom, he had a different idea.

One of the earliest pioneers for modern-day marketing and advertising, Wanamaker owned retail stores in Philadelphia and New York. He had wealth and prestige enough to win him a cabinet position in US President Benjamin Harrison’s administration.

And by 1912, their work had led states, cities, civic clubs and churches nationwide to adopt annual Mother’s Day celebrations. And running alongside this grassroots growth was Anna Jarvis’s official Mother’s Day International Association.

In 1914, to Anna’s joy and a nation’s excitement, President Woodrow Wilson officially designated the second of Sunday of May as an official national holiday – Mother’s Day.

But unfortunately, this is not the end of the story.

Within just a few years, the profitability of Mother’s Day marketing had taken over Anna Jarvis’s original vision for a reserved, personal family holiday. Florists, confectioneries, card makers and retail storefronts had enjoyed the same benefits that John Wanamaker discovered that fateful Sunday in 1908.

By 1920, money and marketing had taken over Mother’s Day and changed the vision set by two generations of Jarvis women.

Instead of a symbolic day for children to reflect on the selfless sacrifice of mothers, it became a promotional event for restaurants and retailers.

Instead of a day for communities to honor the women who make new life happen, the holiday became focused on the customers who make business happen.

Instead of a time to celebrate the incredible strength and courage of mothers, it became a time to give mom something that looks pretty or tastes sweet and say ‘I love you’ instead of ‘thank you.’

And when her fight to correct her own mistake broke her mental capacity, she ended up in an asylum in West Chester, PA. Where all her medical bills were paid for by the floral and retail shops that wanted to ensure she had proper treatment.

Today is a day to celebrate mothers, motherhood, and the women who risked everything to give us life.

The history is just one part of a larger story – a story that you and I write in our everyday lives.

Whether your mother is with you or away from you, take a moment to reflect on what she gave up for you – her comfort, her time, her sleep, her body.

And then realize that, to her, you were worth every sacrifice.

Godspeed, mothers everywhere – you are all true heroes.