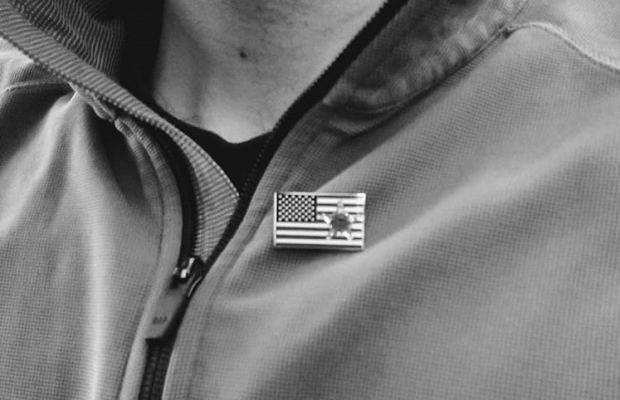 I am a proud US veteran of two foreign conflicts – Afghanistan and Iraq.

And while I made it home again, brothers and sisters I served beside did not.

Every American recognizes the importance of Memorial Day.

It is the day we celebrate those men and women who died in military conflict serving the United States. Flags and flowers are placed by soldier’s gravestones from sea to shining sea. There is a country-wide moment of silence at 3pm local time no matter where you are.

And while some people poke fingers in our traditions for backyard bbqs and holiday fun on a day of remembrance, I think otherwise.

Every person who serves in uniform does so because they believe in Freedom.

They believe in a better life, a better future, and a better home for their family and their children. Had I not been one of the blessed who got to take off my dog-tags, I would have wanted the memory of my sacrifice to be celebrated exactly the way we celebrate today:

Whatever people choose to debate about Memorial Day, its origins are as inspiring as they are secret.

The day we celebrate those who died to protect our Nation
was born in the fight to define it.

49% of all American lives lost in combat were lost during the US Civil War, a staggering 620,000 Union and Confederate soldiers.

After the war ended in 1865, the United States embarked on a massive effort to locate, identify and bury those fallen in battle on all major and minor battlefields around the country. This effort – known as the Federal Reburial Program – was an undertaking unlike anything ever before seen in history.

National Cemeteries were established in the first few years of the US Civil War both to honor the dead and also quickly manage the physical carnage.

The result was the sprawling, revered cemeteries we all know in Alexandria, Antietam, Philadelphia, Fort Leavenworth, Camp Butler, Daville and beyond.

Shortly after the Confederate surrender in Appomattox, the Federal Reburial Program started scouring hospitals, encampments, prison sites, and even recorded lines of march to find those bodies left behind, partially buried, or simply lost along the way.

During this great effort to find and honor the dead, the first recorded Memorial Day observation was held in Charleston, South Carolina.

The first state to secede from the Union and start the Civil War, South Carolina fell to the Union just a few months before the war ended.

With Confederate forces evacuated, freed slaves and multiple African American regiments set to work rebuilding Charleston and other cities. It was here that a group of Americans – black and white, men and women – decided to open a mass grave outside an old Confederate prison and properly inter the bodies.

On May 1, 1865, 10,000 South Carolina freemen and freewomen gathered together outside the new burial site to honor the lives lost in pursuit of freedom.

This was the first ever Memorial Day observance.

It took a year before informal Memorial Day Observations took shape around the country, in places like Waterloo, NY and Columbus, GA. Even then, it was another three years before the observance became nationally recognized and titled ‘Decoration Day.’

100 years later, in 1966, the US Government declared Waterloo, NY the home of Memorial Day, burying Charleston’s role in history.

And in 1971 Memorial Day became officially recognized as a federal holiday.

Some secrets are intentional, others are overlooked,
and others yet are simply forgotten.

The origins of Memorial Day are not important because of where or when it started, but rather that it was born from a grateful nation.

A nation of equals. Of sons and daughters. Of brothers and sisters.

That is our nation, where new men and women step up to wear the uniform and put themselves in harm’s way. Where brave heroes put their lives on the line to protect what we all hold so dear – Freedom.

America will always honor those who fight to protect it, and remember those who fall along the way.