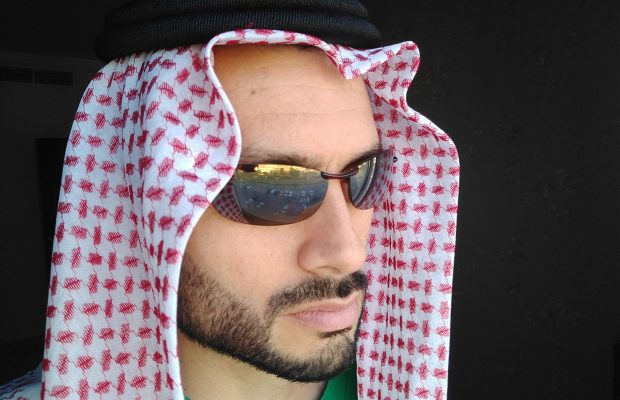 Jihi, me and the kids just celebrated 6 months living in the Arabian Peninsula!

We arrived in summer 2019 and were absolutely amazed at the daily temperature. The heat, sand and security levels make for a very different lifestyle than what we were used to before we arrived.

But the physical environment wasn’t the only change we had to embrace.

Adapting to Arabic culture was a challenge unlike any we’ve encountered before.

Academia would have you believe that the Arab world is complicated and nuanced. When your boots are actually on the ground, it’s much simpler.

There are two primary types of Arab culture:

Khaleeji: Arabic culture based in the Arabian Gulf where modernization was driven by oil revenues.

While both cultures share a common faith, history, and sense of tribalism, the impact of oil revenues starting in the 1960’s drove major cultural differences.

The country of Jordan is a close ally to the United States and sits in the center of the Arab world. Jordan’s annual GDP is $40 billion. It’s home to approximately 6.6 million citizens and 2.9 million expats. Jordan has no oil reserves. Jordan’s per capita GDP is approximately $4,270 per person.

Qatar, another US ally, is a small island about 900 miles southeast of Jordan. Situated in the middle of multiple oil reserves, Qatar’s GDP is $191 billion, nearly 5 times that of Jordan, with a per capita GDP of $70,300 (16x that of Jordan).

To compare that to the US, it’s the equivalent of New Yorkers making 16 times more money than Georgia residents for the same work.

Without oil, Arab countries had to develop slowly. They learned to value innovation, hard work, patience and persistence.

Where oil served as the windfall for change, people learned to adapt to rapid change, tolerate ambiguity, and value hierarchy/structure.

But despite the differences driven by oil, my small American family has gained greatly from our experience living in the Arab world.

Because we’ve been blessed to learn from both cultural camps. We’ve had positive and negative experiences that helped us develop as individuals and as a unit.

And there are 3 Arab cultural norms we plan to take with us for the rest of our lives:

The Arab world prides itself on hospitality.

Whether the host has a palace or a patchy tent, when you are invited into someone’s home they are dedicated to meeting your every need. Even if it costs them their own comfort and happiness.

In the days before oil, the Middle East was one of the hardest environments for human life to survive.

Extreme heat and extreme cold made travel both difficult and dangerous. When an Arab crossed paths with a traveler – Muslim or non-Muslim – it was virtually guaranteed that the visitor would be suffering from exposure.

Coffee and dates were in ample supply and provided quick energy to tired guests. Shade and a non-sandy seat was in short supply but were easy gifts to offer anyone who entered your abode.

For Bedouins who had nothing to give, they gave everything.

And as their wealth increased, so too did their sense of hospitality.

Islam demands that Muslims be clean before they present themselves to God.

During each of the 5 daily calls to prayer, Arabs make a ritual of cleaning their hands, arms, legs, and feet before they enter the local mosque. Shoes are left outside and thousands of feet trample the same floors hundreds of times a week.

But the ornate, beautiful carpets remain clean, bright, and free of odor.

Islam also encourages eating with your hands rather than utensils. That means groups, guests and hosts alike serve themselves and each other with their hands and fingers. Needless to say, clean hands is critical to preventing the spread of illness.

The intimacy and trust that goes along with eating what someone else has touched was powerful to this western family.

And we hope to take that feeling and share it everywhere we go.

Arabs show incredible respect – to family, strangers, and each other.

Even in situations where they are the clear victim of abuse or injustice, they comport themselves with impeccable self-control.

Having traveled throughout the Far East, I thought I had seen respectful cultures in Japan, China and Korea. But Eastern respect is contingent on position and age. In Arab culture, respect is a God-given right.

Fathers honor their children by giving up their own names and adopting their eldest child’s name.

I am no longer Andrew here, instead I am ‘Abu Sina’ (translated: Father of Sina).

And children honor parents and grandparents by carrying their family names down through generations.

My son is no longer Sina, instead he is ‘Sina bin Andrew al Bustamante’ (translated: Sina son of Andrew of the family Bustamante)

Colleagues and strangers never enter a room without being greeted.

It is customary to announce ‘As salaam alaikum’ (translated: Peace be unto you) anytime you enter a room and the entire room responds back with ‘Wa alaikum salaam’ (translated: And unto to you peace). There are ample smiles, extended handshakes, and long running greetings that ask about family, health, rest and more.

Indeed the pomp and circumstance delay many meetings and start times, but it is clear that Arabs value the person far more than they value the practice.

And that is an invaluable lesson for us all.