The Truth About Trance 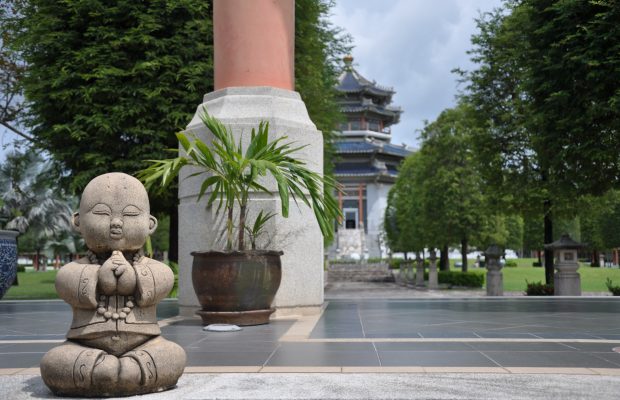 My wife’s parents are genuine hippies.

They are so different from my family that I refer to them as ‘my wife’s parents’ instead of ‘my in-laws.’ As if the different terminology will somehow protect me from their hippie love for stray animals, awkward dance/exercises, and belief in astrology.

If you are married like me, then you already know… there is no escaping your in-laws.

My wife’s father playing drums in a Venezuelan garage band and spent more time surfing than working. Her mother came from a traditional European family line, but opted to develop her artistic talents in South America as a solo female traveler in the 1970’s.

They both tell very different stories about how they met, dated, and eventually married. I’m not sure if that is because neither one paid attention or if their memories were mutually impaired by their choice of ‘recreational activities’ at the time. Possibly both?

Whatever the reason, the last 50 years hasn’t changed them much.

After marrying and having their first daughter (my wife), they decided to relocate to Japan. The move wasn’t related to family, career or economic opportunity. They wanted to move so that they could immerse themselves in their faith…

They left everything they knew, traveled halfway around the world, and joined the world’s largest lay Buddhist organization – Soka Gakkai International (SGI).

One of the hallmarks of Nichiren Buddhism is a single Japanese phrase that is chanted rhythmically by individuals and groups. The chant goes like this:

Nichiren Buddhism is based on the belief that all people have the ability to overcome any problem or difficulty that they encounter in life. And that the key to unlocking that ability is to chant, ‘Nam-Myoho-Renge-Kyo.’

My wife’s parents (and my wife, her sister, and about 12 million other people around the world) chant these words every day.

We were in New York city visiting one of my wife’s old college friends. Her friend invited us to a local SGI chapter meeting where he was a leader.

When I first entered the meeting, I was floored by the crowd.

I was expecting a couple dozen people. Instead, hundreds were packed into a large community hall, sitting in rows facing an empty stage.

The meeting started like any other community meeting; a welcome message, announcements about fundraisers and group trips, an update on current projects.

But then came something I’d never experienced before…

Hundreds of voices, powerful and confident, chanting together in near-perfect unison with nothing to guide them except their own steady rhythm.

I had no idea what was going on, no idea what the words meant or why they were chanting them, but I didn’t need to understand.

Because I could feel why they were chanting.

They were chanting for peace; for health; for safety; for control.

And the sound of their chant echoed off the walls and filled every corner of the meeting hall.

I don’t know how long the chant lasted because I lost track of time. I sat quietly, surrounded by voices. Each syllable of the chant flowed together easily for the people chanting, but I could barely make out the individual words.

It was thrilling to be in the room.

Because the entire room was in a state of trance.

My wife and I met at CIA. By the time we traveled to New York to visit her friend, CIA had already introduced us to the truth about trance.

Mental trance is more common and less harmful than Hollywood would have you believe.

Trance is a natural state of consciousness that everyday people experience almost every day.

Trance is not some hypnotic state that leaves you vulnerable to suggestion.

In fact, it is exactly the opposite – a hyper-focused state that increases your alertness and protects your core beliefs.

And that it is incredibly useful.

Trance states are characterized by an increase in alpha, theta, and delta brain waves.

We live the majority of our lives in beta brain waves (13-40 Hz). These brain waves dominate our active thoughts and form the foundation of logic, reasoning and judgement. The problem with beta waves, however, is that they also host all the unpleasant parts of life…

In contrast, alpha, theta and delta waves reduce anxiety and are less sensitive to physical, emotional, or informational stimulus. These brain waves naturally occur when you are at rest, drowsy, or even deep in sleep.

Alpha, theta and delta waves are how your brain recovers; how it stores information; how it processes through data collected by beta waves.

And you can control them.

Here is how you use trance as a tool:

The fastest, easiest way to enter a trance state is through simple, repeatable patterns.

Patterns can be visual, auditory, or even physical.

Think back to the last time you ‘zoned out’ for a few seconds.

You may have been at work, or in class, watching a TV show or reading something (an EverydaySpy.com article?). When you have the memory in mind, try to recall how your environment looked, felt, and sounded.

Patterns are your friend for triggering trance.

I am a fan of using music to help me enter trance states. I exercise to techno/house/trance music and research/study to classical music.

When I use trance to resist anxiety, I trigger it with visual cues. I find patterns in brick walls, ceiling tiles, wood paneling or even wall texture.

When I need to overcome pain, I create physical cues to trigger trance by altering my breathing; stimulating a second part of my body with tapping/pinching/rubbing; or even direct my attention into the pain to find patterns within it.

Once you find the pattern, the trance is not far behind.

Trance is a conscious state of mind – anyone telling you otherwise is selling you a lie.

Trance is a focused state where your mental resources are directed inward instead of outward.

Think of it like cooking. When you cook, you can either eat the food yourself or give it to someone else. When you plate up your favorite dish and give it away that is a beta brain wave. When you take that plate of food and eat it yourself, that is an alpha brain wave.

The faster and stronger your focus, the easier you will enter trance.

Whether you intend to or not.

The natural outcome of that focus is known as dissociation. In a healthy mind, dissociation can reduce the intensity of outside stimulus (pain, noise, discomfort, etc.) and increase the efficiency of internal processes (analysis, critical thinking, memory, etc.). Dissociation happens in the conscious mind, voluntarily and involuntarily, and it always increases mental acuity.

Do not mistake trance with drowsiness.

That sleepy feeling you have at 2:30pm every work day is indeed an increase in theta brain waves, but not because of trance. That feeling is your mind showing fatigue – a reduction in mental awareness.

Also, do not mistake healthy dissociation with ‘dissociative disorders,’ like split personality disorder, depersonalization, amnesia or fugue. These disorders are usually triggered by trauma where the brain uses dissociation as a coping mechanism. That is not healthy, nor is that part of the conscious mind.

When you feel high levels of mental performance and low levels of distraction, you have arrived in trance.

Always remember that trance is a conscious state of mind.

This detail is important because it holds the key to both your control and your safety. Controlling trance is tied to focus, which we discussed. But safety is tied to your ‘escape hatch’…

The subconscious is there to keep you safe.

It is the sentinel that protects your mental processes, your sense of identity, and all the data you collected over the course of your life. And your guardian, it is always looking for warning signs… as long as you are conscious.

The common (ignorant) argument against trance is that makes you vulnerable to outside risks; risks you will not recognize because you are ‘stuck’ in a trance. The popularity of this myth shows how little people understand the subconscious.

While you are conscious, your subconscious scans your environment for threats.

90% of your daily thoughts come from the subconscious. Before you are even aware of danger, your subconscious has already observed and produced an initial reaction.

Your subconscious is your escape hatch during a trance state.

You can trust your subconscious to identify a threat, react in defense, break your trance, and bring your attention to the threat in less than .25 seconds. Trance can not overrule your escape hatch.

Your dominant mind is the subconscious mind – you can’t ignore it even if you try.

Elite performers use trance for everything from saving lives to taking lives.

Professional athletes use music, movements, and chants to trigger trance on the field.

Doctors learn specific ways of speaking, nurses wear matching scrubs, and police officers have established processes all designed to initiate trance in the people they serve.

Even professional musicians trigger trance during their warm-up sequence and pre-performance checks.

My children do not understand the words their mother is chanting. But they don’t have to.

When she chants, they come to her.

For those of you who want a real-world example of how powerful trance can be, lets do some cardio together!