Home / World Events / The Making of a Terrorist

The Making of a Terrorist 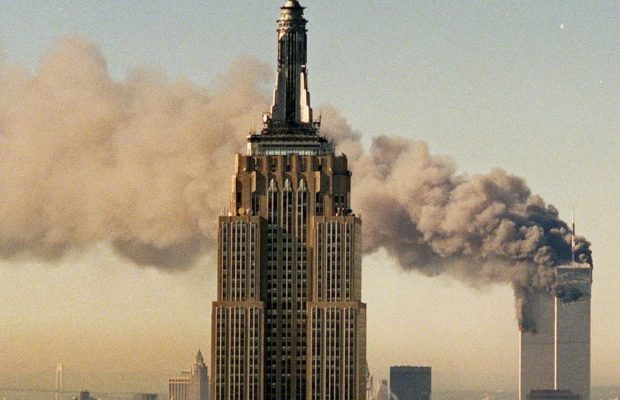 Many of us will always remember where we were on September 11th, 2001.

Some of us were at work.

Some of us were running errands.

Some of us were studying, traveling, sitting with friends, or working out.

But we all remember.

We remember so that we can bring honor to the 2,977 Americans we lost that day.

My 9/11 memories are still crystal clear to me.

I was in my second year at the U.S. Air Force Academy. I was a B-average student trying to balance sleep, academics, athletics and military requirements. Unfortunately, the sleep part was a bit out of balance that September morning.

As I walked into my Military Strategic Sciences (MSS) class, the overhead projector was tuned to CNN. Showing headline news on the big screen wasn’t anything new for my MSS class, but…

The images and headlines that day stopped every person who saw them.

I saw black smoke billowing out from the twin towers; flashes of yellow and red at the molten center where two planes had crashed into the buildings.

My body stood motionless in that Colorado Springs classroom. But my mind was 1,786 miles away.

And then I was pulled painfully back into the present.

At the Air Force Academy, classes ran in 50 minute segments. We had 10 minutes to move between classes, and classes always started exactly on time.

So at 7:40am MST, our MSS instructor turned off the news feed and told us to take our seats.

At first I was confused. I didn’t understand why the screen had gone dark.

Then I realized that the instructor had turned it off. And I was furious.

Me – “What is happening in New York right now is more important than anything we are going to learn today.”

Him – “Our mission today is to learn the assigned lesson. Please sit down.”

Me – “Everything we are studying is in the past. This is happening now and we can learn from it.”

Him – “Sit down, cadet. You will follow my orders. Whatever is happening right now is bigger than we understand. Nothing is going to change in the next hour.”

But when the screen came to life again at 8:30am MST, everything had changed.

There were no towers.

Only rubble. Panic. And death.

And I felt the same way every American felt that day.

It took weeks before the American public learned what CIA and NSA was able to conclude in minutes.

The World Trade Center attacks were an act of terrorism.

Six years after the 9/11 attacks, I found myself hunting terrorists as a covert CIA intelligence officer.

And it was then that I learned something that still humbles me today.

I learned how a terrorist is made.

Terrorism, for all the money and media attention it receives, still does not have a unified definition.

Politicians, military leaders, and academics continually create new definitions for terrorism that compete against one another. But there are a few common factors that everyone agrees on:

And at the center of all the confusion, anger, and debate is a single, powerful human emotion: Fear.

And that fear is the most important ingredient for making a terrorist.

News reports, television and the rumor mill have perpetuated a flawed description of the average terrorist.

In fact, the person who becomes a radicalized terrorist is very different.

CIA taught me that the average citizen and the average terrorist are more similar than I ever imagined.

Every terrorist started out as a common citizen first.

They had families, friends, hopes and dreams.

Before they wore bombs, carried automatic weapons, or killed innocent people, they were just everyday people dealing with everyday problems.

And the thing that transformed them from friend to foe… was fear.

Terrorist organizations recognize that fear is both a weapon and a tool.

When they want to attack, they use fear as a weapon.

But when they want to grow, they use fear as a tool:

Terrorist groups understand that fear has the power to change human thinking.

And even more importantly, that fear can change people without them even realizing that they have changed.

Looking back on the 18 years since September 11, 2001, terrorist groups haven’t deviated from their strategy at all.

And neither have we.

But there is a new era of counter-terrorism starting to take shape.

Instead of combating terrorists directly, we can combat the injustice they use to exploit people’s fear.

Rather than losing lives and loved ones fighting individual battles, we can put our resources into converting communities into sustainable economies that resolve base fears about family, health, safety and employment.

The concept is known as ‘economic counter-terrorism,’ and it is still in its infancy.

Not because it is a new idea, but because it has taken nearly two decades of conflict to convince government leaders to explore other options.

When individuals have no hope, they become fearful. But when they have control over their own destiny – a means to make money and build a life – they have hope.

My children and yours deserve to grow up in a world free of terrorism.

By fighting the fears that make a terrorist, we can effectively starve terrorist groups of new recruits.

They lose their primary weapon.