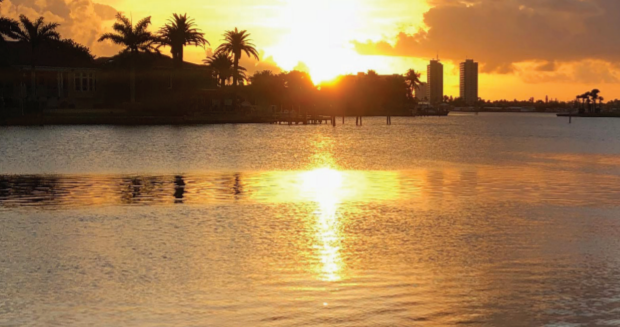 The Christmas season is a busy time for churches.

Seed churches are young churches. They are the equivalent of a non-profit start-up; they have limited funds, few resources, but lots of passion, drive, and creativity.

Having just launched my EverydaySpy brand, I felt right at home rolling up my sleeves to boot-strap a new church into existence!

The church was called Restoration Church and the lead pastor was the perfect picture of a modern day millennial:

But what I look for in a church isn’t the pastor. I look for the message.

And my new pastor, Kevin – as young and hip as he was – was absolutely gifted with the message.

It was his talent for sharing the message that kept my family and I coming back week after week.

Kevin and I became fast friends, and the irony of our friendship wasn’t lost on either of us.

I spent a decade mastering the art of deception and convincing people to commit treason. He spent a decade touring with a Christian band singing about honesty and community.

So we became friends.

During one of Kevin’s sermons in 2018, I was struck by a passage he read from the book of Luke that seemed to come straight out of my spy training at The Farm…

“When you are invited, take the lowest place, so that when your host comes, he will say to you, ‘Friend, move up to a better place.’ Then you will be honored in the presence of all the other guests.”
Luke 14:10

In espionage terminology this is called ‘passing advocacy.’

It is an act where you intentionally show humility in order to allow others to advocate for you.

Passing advocacy builds high degrees of credibility and authority in little time because the person advocating for you lends their credibility/authority to you. Rather than spending months or years building credibility, an outside advocate can grant you social influence at the highest levels in a matter of seconds.

While I get to count myself among the 11% of people who have read the bible from end-to-end, I had never once read my bible through the eyes of a spy.

So I started that day.

Here is what I learned:

Spies recognize that people seek other people to experience life together. We have an emotional and intellectual desire to share our thoughts, fears, and ambitions with others. More than education, race, or family name, people partner with those who share a common ideology.

It is impossible to force your opinions and beliefs on others. When you focus on the knowledge and ideas you have in common with someone else, you can build strong relationships that have the power to shape history.

Jesus knew the power of relationships long before we did.

Brothers Simon (called Peter) and Andrew were fishermen when Jesus met them in Matthew 4:18-22. Jesus invited them to “follow me, and I will send you out to fish for people,” recognizing that the brothers understood the patience and practice that goes into fishing. He met them where they were in life and invited them to use their talents for a higher purpose.

A similar event happened in Luke 10:38-41 when sisters Martha and Mary invited Jesus and his disciples into their home. Martha busied herself playing hostess while her sister Mary chose to sit at the Lord’s feet and listen to his teachings and stories. Martha was upset that her sister didn’t help her prepare the house, but Jesus told Martha not to worry – both sisters were engaging in relationship with Him in their own way.

Fear is an emotion, not a fact. Spies learn that fear is a chemical response triggered in the brain by outside stimulus. Different people fear different things in different ways because fear is relative. And the way to overcome fear is by recognizing it and facing it head-on, with courage.

Jesus acknowledged fear in order to inspire courage in himself and others.

In Matthew 23:3 Jesus publicly accused the Pharisees (aka: spiritual leaders) to be false teachers and hypocrites. In John 5:17, Jesus again faced off with the Pharisees even though he knew they wanted to kill him. Even as they held him in custody facing charges punishable by death in Mark 14:61-62, Jesus demonstrated courage and stated clearly, “I am” the Messiah, the Son of the Blessed One.

In Luke 10:1-3, Jesus appointed 72 people to go ahead of Him and prepare towns and villages for His teachings. He knew the mission was dangerous for them, and encouraged them to work in pairs (relationships!) and travel light. Despite the fear and danger, these 72 went, “out like lambs among wolves” because Jesus could inspire them beyond their fear.

Service is at the core of everything that spies do. We serve our nation, our families, and each other. The reason we accept the risks we take is so that others never have to. We see service as an honor and a privilege.

Jesus taught us that service has the ability to make heroes out of everyday people.

When a sacred priest, honored Levite, and despised Samaritan saw an injured man in the road, it was service that defined their legacy in Luke 10:31-34. The priest and Levite chose to walk by the man, letting him suffer in the street. But the Samaritan – considered a hostile race by Jews at the time – took pity on the man, bandaged his wounds, and carried him to an inn.

While the Samaritan’s service lasts only a few verses in the scripture, it has had timeless impact in our world.

Not only did the Samaritan break local customs to care for (presumably) an injured Jew in the street, but he delayed his own plans to do so. We never know where the Samaritan was going, but we do know he chose to spend his time and money caring for the injured stranger. Even after spending a night with the man, the Samaritan left money with the innkeeper and promised to pay back any expenses the injured man incurred.

In this famous parable, Jesus highlights that service is an honor beyond title, class, or wealth.

CIA taught me that espionage is the art of understanding the human condition.

But the lessons CIA taught me have been around much longer than I ever realized.

The art of espionage – the passion, the potential, the impact – is taught throughout the Old and New Testaments!

But the most powerful truth for me is that the lessons Jesus taught are the foundation for every intelligence service in the world.

Because people are people, regardless of national identity or religious beliefs.

The spy that set me free.