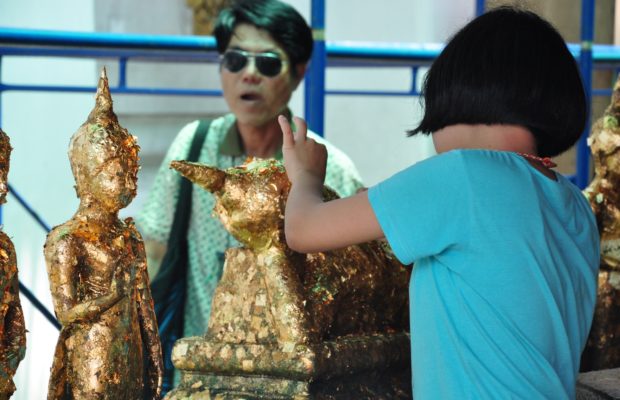 Welcome to the final installment of our Social Mastery series!

Feel free to revisit Part I, Part II, or Part III anytime. Today we bring together everything you’ve learned so far and master building rapport.

Bad leadership comes in all shapes, genders, ages, and languages. And while it’s easy to get into a negative conversation comparing bad boss stories, I’d like to steer this conversation in a different direction.

The best boss I had at CIA was only a few years older than me. He was a former Army infantry guy with a square jaw and a strong build. A West Point graduate with a couple languages under his belt, we clicked as soon as we met.

Elite leaders rely on social skills to engage, motivate, and encourage those around them.

A Middle East expert, my new boss had served in multiple warzones; some that you know about and some that you won’t. I was coming to his team as an Asia specialist, but our regional expertise didn’t matter. We had a shared mindset, a shared mission, and shared training.

Not long after we met, a warlord seized power in a third world country where we were assigned. We had suspected a hostile takeover was coming, but we were unsure which of two out-right bad guys would take power. All we knew was that once one took over, the other would be killed.

Leaders without social skills rely on force, fear, and false promises to manipulate those around them.

You can image that a warlord seizing power makes for a bad day in the office. My new boss and I suddenly had a 24 hour workday, a country in shambles, and the attention of the White House focused on us.

I had been in high-pressure scenarios before – in the military and at the Agency. I’d seen bosses in melt down when tactical, strategic and administrative demands collapsed on them. You’ve seen it to.

Stress strips people down to their core functions; their true self and their true skills.

We got organized quickly. I took lead on tactical intelligence and joint military ops planning. He took lead on strategic engagement with the ousted former government and key diplomatic partners.

We were 12 hours into international headlines and cut off from the rest of the world.

‘Choking’ under pressure happens when physical training is undermined by an untrained mind. The brain has limited mental resources and outside pressure triggers artificial decisions and concerns. In order to analyze and cope with these ‘false’ decisions, the brain stops listening, looking, or thinking ahead.

Consider the high-stakes basketball game where the star player makes a bumbling mistake. Or the long list of fourth quarter blunders during NFL playoff season. These are examples where people ‘choke.’ Their mind fails them, not their body.

The same mistakes happen in boardrooms during business deals and back-rooms during drug deals.

My previous bosses lacked social mastery. When things got hairy, their minds shut down. They weren’t bad bosses, they just had limited social skills. Stress was in control, not their mind.

But as the sun rose on our second day under warlord rule, something about my new boss stood out to me:

I realized my that my new boss valued me as a person. And that inspired me in a way I had never felt before.

It was clear to me that he was in control. And he was training me to do the same.

The ultimate rapport comes when you inspire others. And people are inspired when you value them as unique individuals.

Everyone seeks meaningful, personal connection. That level of connection can only be reached by building strong rapport.

Few people understand the process to build it, and even fewer realize rapport’s true purpose.

The purpose of rapport isn’t to get what you want, but rather to win the skills, talent and support of those around you.

The thing all people seek – regardless of age, gender, or education – is inspiration.

When you inspire others they commit themselves to you – to your needs, your goals, your dreams and your passions. They join your team. They believe in your message.

There is a systematic process you can use to build powerful rapport:

The process works. It always has and it always will.

But Social Mastery isn’t just about building rapport – it’s about using that rapport to inspire others to reach their maximum potential.

You cannot build a better world on your own. You must inspire others to build it along with you.

You are now equipped to step into any social situation, build rapport, inspire others, and take control.

You are mastering your own social skills; skills that will hold strong against stress, fear, and pressure.

Where others ‘choke,’ you will succeed. And your mastery will inspire those around you and make them feel valued.

EverydaySpy is here to share the knowledge elite operators use to shape world events.

If you feel empowered, enlightened, or inspired by what I’ve shared, forward this training letter to someone you want to see succeed. Share this lesson on Facebook, Twitter, or your favorite social media platform.

Some secrets are worth spreading.