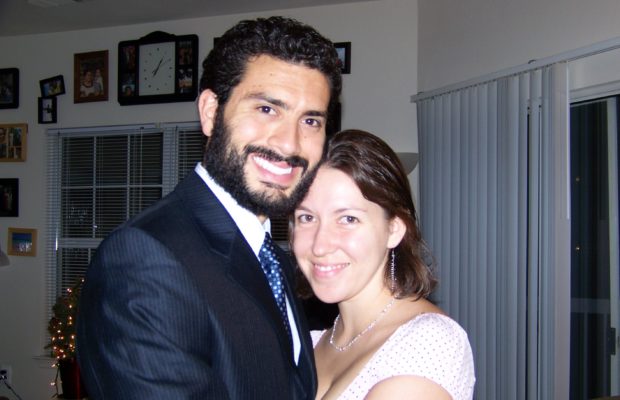 Yes, I’m talking about the birds and bees – but not the ones you might think.

In part one of this series, you learned the science behind how sex can boost your everyday performance by releasing beneficial hormones into your system.

In part two, you discovered the hidden advantage between ‘desire’ and ‘drive’ that everyday people overlook and spies prize; the idea of sex as service and the ‘power paradox’ it creates.

Now it’s time to dive deeper into how you can use sex like an operator and get what you want.

They work because sex speaks to core human needs for connection, partnership, and pleasure.

When you understand these core human needs, you can use the same tactics to be a great partner, spouse, and lover.

Chinese and Russian intel are the most notorious for using sex and seduction as operational tools.

A famous British intel report in 2010 highlighted China’s aggressive use of sexpionage operations to target executives and consultants at the highest levels of government and industry. Since the report was released, sexual targeting by foreign intel services has been identified as a core element in 71% of all prosecuted espionage cases in the United States.

Russia has long been known for using sparrows to seduce Westerners and gather information, blackmail, steal, or even assassinate their targets.

But don’t think that these ops only target heterosexual targets; homosexual, transsexual, and all ranges of ”kink” lifestyles have been used successfully to compromise individuals with access to valuable secrets.

And in every operation, there is one common element that gives you a hint to improve your own romantic relationships: Attention to detail.

Because they didn’t feel like their partner was interested in them: as a person, as a professional, or as a peer.

Do you know your partner inside and out – their physical, emotional, and mental interests and preferences? If you do not have a partner, how do you act around an attractive stranger – more focused on how to pleasure them or how they can pleasure you?

Attention to detail is the foundation for every sexpionage operation because foreign operatives know that Americans are not satisfied in romantic relationships.

49% of marriages end in divorce, the average marriage lasts 18 years, and the odds of a successful second marriage are less than 22%!

Ravens and sparrows on the hunt don’t have to be attractive — they just have to pay attention enough to make their target feel interesting.

Being thoughtful, observant, and curious are attractive, desirable traits that make for a good lover. When you express these traits to your partner or love interest, you’re taking a page from the pro-book of sexpionage.

Nobody cares about your hair, make-up, teeth, or acne as much as they care about whether you can make them feel interesting.

Paying attention to detail is the fastest way to make sure you ask the right questions, make the right moves, and win the night.

The second step in the one-two punch of sexpionage is persuasion.

Persuasion and seduction are two sides of the same coin. If you read my “Social Mastery” series, you learned common techniques that spies use to build rapport, gain trust, and use that information to win objectives at work, in the office, and in business.

You can use the same techniques to seduce as well!

Persuasion is about appealing to a person’s emotions, not their logic — because nothing kills romance or seduction like logic.

41% of American adults admit to avoiding sex because they are not in a romantic mood. Work, chores, deadlines, and other obligations take over their logical mind and shut down their emotional mind.

Another 30% of adults say that raising children has a negative impact on their libido. 19% say movies/TV/mobile devices distract them from making love.

When you show interest in someone’s emotional needs and interests (attention to detail), you re-engage their emotional brain and unlock the opportunity to persuade them.

Seducing someone into bed is only one goal — but it’s not the most valuable! What’s far more valuable is building a connection based on trust and mutual respect. After all, every honey pot operation started in bed, but ended in sharing national security secrets!

Being able to simulate sexual satisfaction with a few simple words is the ultimate form of persuasion.

You’ve seen (and been) the person in the center of the room, wine glass in hand, surrounded by people hanging on your every word.

And while that’s an attractive display, it’s just that: A display.

True value comes by expressing genuine curiosity in someone, creating rapport based on their interests, and persuading their emotional mind to build a physical connection with you.

Spies, sparrows, and ravens have been following this sexpionage recipe for ages.

Because it works; to steal secrets, to sustain a marriage, and to build a family legacy you can be proud of.