By Andrew Bustamante on September 5, 2019 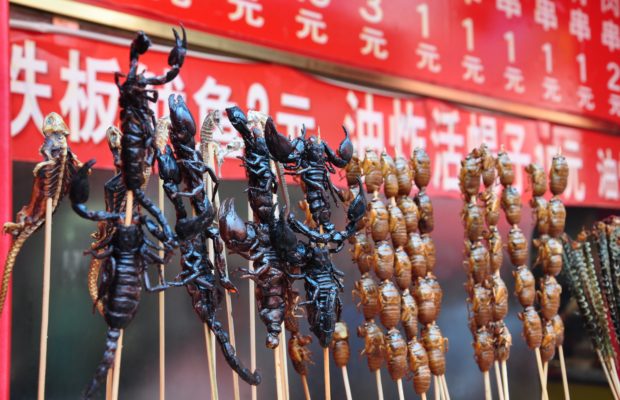 Mastering a foreign language is one of the most difficult challenges anyone can take on.

And many Americans accept the challenge!

Whether you find those numbers encouraging or discouraging, it is worth comparing them to our European cousins across the Atlantic ocean:

Much of my adult life has been spent learning, living and working in a foreign language abroad.

And English is the predominant language around the world.

No other language comes close.

English is the language of business, diplomacy, education, and travel.

With more than 300 million native English speakers in the USA, our lack of foreign language ability is not holding our country back.

If anything, our command of English is continually propelling our economy forward!

But economics and influence are two different things…

“If you talk to a man in a language he understands, that goes to his head.

If you talk to him in his language, that goes to his heart.”

Spies use foreign language to increase our influence on the world around us.

Language is not just a tool for communication; it is a tool for maximizing your objectives.

A teacher who only speaks English will teach many students. But a teacher who speaks a foreign language will impact students and their families.

Espionage is the art of influence, and CIA knows that language is critical to building influence.

You know it, too.

Do you have more trust in someone who speaks English or someone who does not speak English?

It is true that intelligence officers are recruited because they have foreign language experience.

But CIA doesn’t care what foreign language a new recruit speaks or how advanced their vocabulary might be.

What matters to CIA is that you have the ability to learn a foreign language at all.

Because a new language is always difficult and new grammar is always confusing.

And when faced with learning a new language, many people quit.

The halls at Langley are filled with people who studied a language at some point in their life.

But the day we accepted assignments with CIA was the last day we used whatever language we learned before.

CIA assigns officers to missions based on mission needs – not individual skills.

Once you are assigned an operation, then you have to learn the skills you need to succeed.

And that includes learning language rapidly.

The key to rapid language learning is recognizing that language is a tool, not a test.

The entire world gets this wrong.

Schools from Beijing to Boise are teaching mastery. They seek perfection.

But effective communication does not need perfection.

CIA trains us to identify and overcome something called the ‘Perfection Paradox.’

The ‘perfection paradox’ happens when people become so focused on perfecting a skill that they never actually use the skill at all.

No mission requires that you master a language.

But every mission requires that you use your language.

Here is how you can rapidly learn any foreign language in the world:

Every language has high-frequency words. These words are more powerful than other words because they are the building blocks of useful language.

The 1,000 most frequent words in any language make up 80% of all conversation in that language.

If you learn these 1,000 words, you have fully achieved language utility and are considered operational in the eyes of CIA.

Instead, find and learn the most frequently used words in that language. Phrase books are an excellent source for learning high-frequency words. So is your favorite search engine.

Worried about sounding foolish? That is the ‘perfection paradox’ lying to you.

The best way to learn a new language is the same way you learned your own native language. You have to stumble through it… you have to ‘toddle.’

An adult brain has developed logical and abstract reasoning. It has advanced frameworks for communication, like speaking ‘around’ a subject or using context clues. Most powerful of all, adult brains have already learned how to learn!

There is no ‘perfection paradox’ in children. They are comfortable making mistakes publicly.

When they try to say or write something in any language, they observe the feedback around them, adjust their pronunciation/vocabulary, and try again. They don’t care if you laugh at them or not – they are focused on communicating.

When you were a child, you did the same thing. That’s how you learned to speak as well as you do now.

Go to language meet-ups, join language clubs, keep a journal in your target language, flip your computer’s primary language to the target language – do anything you can to immerse yourself… then embrace the mistakes that you make.

They won’t last for long…

Similar to toddling, micro-learning is a tool that mimics the way you learned your native language.

The natural learning cycle in the human brain works in 35-45 minute increments.

Ever wonder why you got tired half-way through those one hour college lectures?

Curious why you always seem to get antsy the last 15 minutes of an hour-long show?

Have you noticed that you check the call-time about 30 minutes after mom calls on the weekend?

That is your brain begging for a break.

It needs time to sort, index, and compress the information it just absorbed.

The brain is like an old-school plastic oil filter. If you don’t give it time to funnel, it just spills over. When we force our brain to absorb more than 50 minutes of new information, it starts to spill over. And when the spilling starts, there is no telling what gets retained and what gets lost.

They do that because their brain is constantly learning. Constantly funneling.

Adults spend a lifetime ‘forcing’ our brains to focus. And then we walk around frustrated and confused when we forget most of what we forced ourselves to focus on.

Micro-learning leverages your brain’s natural process to boost what you are learning.

So set a timer, learn for 30 minutes, and take a 10 minute break before you start again.

People find comfort in routines for one simple reason: routines turn the brain off.

Routines are meant to build habits – to trigger automatic responses without active thought or effort.

Learning is exactly the opposite of a brainless habit. Learning requires active thought and effort.

Without realizing it, language learners undermine their success because they build study routines:

Anti-routines are designed to upset routines – to force active thinking by preventing the brain from falling into a familiar/repetitive pattern.

Flashcards are great, but don’t practice them the same way every time. Instead, break them up differently each time you use them.

Throw away your ‘study hour’ at 6pm every night and replace it with a random 15 minute ‘study break’ during the work day. Use a vocabulary app or subscribe to a YouTube channel in your target language.

Interrupt your daily routine and watch how quickly your foreign language skills advance.

Dr. Seuss wrote ‘Green Eggs and Ham’ after his editor challenged him to write a story book that used less than 200 vocabulary words.

‘Green Eggs and Ham’ tells the story of how friendly Sam-I-Am won over his grumpy neighbor and uses only 50 different words.

It is the model of language utility.

You are writing your own foreign language story.

How quickly will you choose to live it?