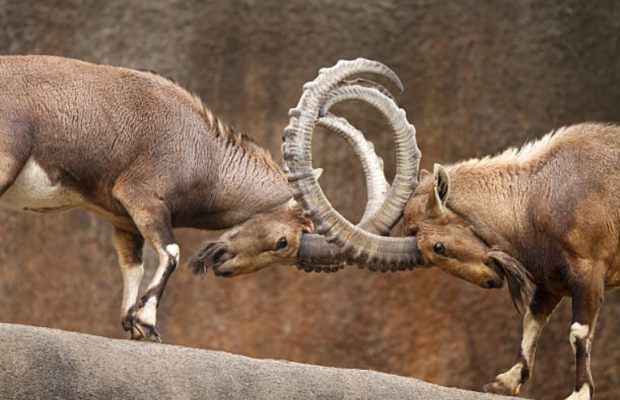 One of my favorite training courses at CIA was in influence operations.

The definition of influence is pretty straight forward:

“The capacity to have an effect on the behavior of someone or something.”

“Influence on political, economic, or military conditions abroad, without public knowledge that the activity was directed by a government.”

Airport bookshelves and click-bait bloggers love to peddle the promise of influence.

And after you pay the cover price or click the bait, what you find are worthless tips…

Influence is in high demand for a reason:

Few people have it. Even fewer understand it.

But everyone is susceptible to it.

The ongoing tensions between Iran and the United States are an excellent case-study to understand influence.

By 2018, loop-holes in the 2015 Iran nuclear deal (officially called the Joint Cooperative Plan of Action, JCPOA) became clear to the international community.

The deal was originally intended to curb Iran’s development of nuclear weapon technology. But by the time the deal was actually signed, it did not include the provisions needed to effectively monitor or restrict Iran’s ability to advance nuclear weapons technology.

The gaps in the JCPOA gave Iran the benefits of increased cash flow and freedom to continue weapons research.

–Influence requires the perception of credibility–

For the US administration, it was easy to make a credible claim that Iran posed a threat to US interests.

Iran’s long history of anti-US rhetoric, support to terrorist organizations like Hezbollah, and use of proxy fighters across the Middle East showed their willingness to use force against Western powers. Their talent for hacking large networks and coordinating international cyber attacks were often cited by news and media sources. Additionally, Iran’s closest allies were many of America’s least favorable nations: Russia, China, Venezuela, Lebanon, Syria.

For leadership in Iran, they could equally make the credible claim that the US was a threat to Iran’s national interests.

The US supported the 1953 coup that ousted Iran’s democratically elected leader Mohammad Mossadegh just as Iran was establishing itself as an independent cultural and economic leader in the region. After the Iranian revolution in 1979, the US protected the fleeing former Shah despite legitimate demands from the new Iranian government to return the Shah so he could face trial. The US has led the western world in sanctioning Iran for 40 years, crippling the country’s ability to maintain first-world economic growth.

Both countries have established the credibility they need to gather and leverage influence.

–Influence has a short shelf-life–

Our brains make many types of memories. When we observe world events – like those between the US and Iran – we trigger the creation of ‘episodic memories.’ Episodic memories are housed in our mind in the order that they happen, just like episodes in your favorite Netflix show. But it’s still hard to remember what happened in episode 2, season 2 of ‘Orange is the New Black,’ right?

For leaders in the US and Iran, their influence fades at the same rate as the collective memory of their people.

So they must take active steps to make new ‘episodes.’ Each new episodic memory does two things simultaneously:

The most powerful episodic memories are based in emotion: fear, sadness, anger, joy.

The stronger the emotion, the longer we can recall the ‘episode’ and the faster the memory transitions into semantic memory to become a personal worldview.

Let’s take a look at the last two year’s worth of episodes between the US and Iran. Do you remember these, and if so, is there an emotion tied to your memory?

–Influence has a specific purpose and target–

Influence is intentional. It doesn’t happen passively or by accident.

US and Iranian leaders are making specific decisions to gain influence with a specific audience.

There are three primary audiences both sides have to consider:

The international community is the least likely influence target for either side.

Both sides are making decisions that conflict with international requests. Allies to Iran condemn US actions. Allies to the US condemn Iran. International organizations in the middle make appeals to both, but with little/no success.

International market behaviors are the most compelling evidence showing the lack of influence on the international community.

My good friend Roger Scott makes his living predicting the international market. He is a voice I trust when it comes to analyzing market trends and impact based on current events. So I had a quick IM with him and here is what we discussed immediately following the US strike against Soleimani:

Me: “Roger – what is the market telling you about recent US/Iran tensions?”

Roger: “Global markets are brushing off tension with Iran. Oil prices gave up some gains on Tuesday, with U.S. crude dropping 35 cents. Initially, gold rallied to the highest price since 2013, but it’s back down 40 cents to $1,568.40 per ounce. Bonds are lower and stocks are higher, pointing to less volatility and friction across the board.”

Me: “In normal people speak, I think what you’re saying is that the hype is high but the market is stable, suggesting there is no real fear of conflict among investors. Is that correct?”

Roger: “Exactly – the market is totally brushing off any idea of war or threat.”

Fast forward to today, and you see Roger is exactly right… again.

That’s why Wealthpress loves you, Roger!

If the international community isn’t the influence target, that leaves only two options: the US voting population, or the Iranian general public.

Both countries have a vested interest in influencing their own population. US President Trump has a new campaign season ahead of him and only stands to gain if he can influence American voters to unite against a nuclear-capable Iran. Likewise, Iranian President Rouhani has widespread civil unrest he needs to control and stands to gain greatly if he can focus his people against a hostile US threat.

Similarly, both countries could be targeting the other’s population to gain influence. The US benefits greatly by influencing the Iranian public through economic despair and the promise of economic relief. At the same time, Iran recognizes the US is deeply divided over President Trump. Tying US/Iran tensions to President Trump personally, rather than America generally, could boost Iranian influence on American voters who have to choose the next President.

Regardless of each country’s influence target, one thing is certain… more episodes between Iran and America will come.

The two-year trend suggests we’ll see the next international escalation in March/April 2020. Just in time to influence the US primary elections and/or upset national celebrations in Iran related to oil nationalization and/or the founding of the republic.

Whether you want to gain influence or avoid being influenced, remember these core truths:

You will always be a target of influence because you matter.

But only you can decide whether you will be influenced, or be influential.