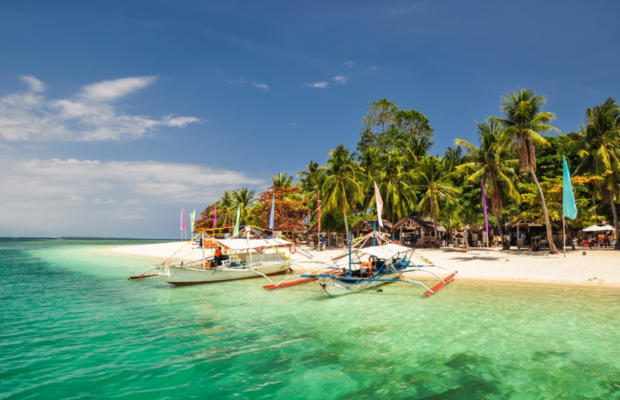 Every time I reflect on the truth of those five words, my heart breaks.

There are three types of people in the world.

I have dedicated my life to helping; first as a military officer, then as an undercover operative, and now through EverydaySpy.com.

In my last letter to you, I told you about a European intelligence specialist whom I partnered with over a decade ago.

But the discipline we had to rely on the most was our emotional discipline.

Elite operators consider emotional discipline one of our greatest strengths.

Emotional discipline is the act of recognizing your emotions, understanding them, and processing them in a productive way.

But that is reality. And the real world is where emotional discipline matters most.

On May 27th, 2001 two boats carried armed rebels to a vacation resort in Honda Bay, Philippines.

Within a few minutes, the same boats were headed out of the bay carrying 20 hostages – 3 of which were American.

The gunmen belonged to a group called Abu Sayyaf, an extremist organization active in Southeast Asia.

The hostages on board represented nearly $10 million in ransom money and worldwide media leverage to spread Abu Sayyaf’s message.

Even though the hostages were being held in a remote corner of the Philippines, a US-based FBI hostage negotiator was sent to lead negotiations and bring our people home.

That negotiator was and remains a good friend of mine.

Scared hostages huddled together overwhelmed by the warzone around them.

The siege lasted over a week. During a break in the fighting, Abu Sayyaf successfully moved the hostages out of the compound and into the jungle.

The FBI negotiator did everything possible to control local Army and Police leaders. She coordinated with peers and commanders in the US and the Philippines. Her goal was not only to get the American hostages out, but to save as many hostage lives as possible.

7 of the 20 hostages had been liberated during the siege. But the 3 Americans remained in captivity.

On June 11th, 2001 an Abu Sayyaf spokesperson warned against any future rescue efforts.

And as a demonstration of their warning, they ceremonially beheaded one of the hostages.

Guillermo Sobero, a US citizen vacationing with his wife in Honda Bay, was the victim.

In that moment, FBI’s mission changed.

This was no longer a hostage negotiation. It had became a rescue operation.

The FBI negotiator remained the international lead until an FBI SWAT expert could be sent to replace her.

Losing one of the American hostages was devastating.

The bad guys won that day.

And my friend felt the guilt, shame, and pain of failure.

But there were still two more hostages that she could save.

And emotional disciple was the only way to get them out.

She reorganized teams and aligned international resources for rescue operations. Her focus and talent were needed if there was any hope for the remaining hostages.

After the FBI SWAT lead arrived, my friend was given leave to return home.

And that is when she gave herself space to process her emotions. And she cried.

Every hero is a human first.

And that means that they have emotions.

Culture and popular media incorrectly focus only on the third element of emotion – expressive behavior. And we are taught to hide our emotions.

As a result, people mask emotions rather than master emotions. And that is where things get dangerous.

Ignoring the way you feel can actually magnify the emotion, increasing its negative impact on you.

Your body responds by increasing blood pressure. The inefficiency in your bloodstream drives your body to retain lipids (aka: body fat). New fat puts increased strain on your internal organs, making you feel slow, tired, and uncomfortable.

To cope with the mental and physical stress, people turn to unhealthy coping mechanisms like overeating, substance abuse, and even personal violence.

Incomplete or incorrect processing of emotions is the leading cause of mental disorders worldwide.

Each of these disorders can be prevented or treated, but they are not. Because people are not trained to process their emotions.

Emotional discipline is not the absence of emotion, but rather the validation of emotion. It is a process that directs your emotional energy productively rather than destructively.

You are human. You have emotions. You always have and you always will.

But when emotions take control, you cannot maintain consistency. And without consistency there is no self-discipline.

This is how you master your emotions to achieve elite self-discipline:

When Abu Sayyaf killed Guillermo Sobero, my friend had a lot of emotions.

But the emotions bouncing around in her head did not come with neat labels like, ‘anger, sadness, or shame.’ They were just a jumbled mess of images, sounds, and feelings.

Emotions always have three parts: subjective thought, physiological response, expressive behavior. When you pause to ‘Identify the emotion,’ you interrupt the cycle immediately after subjective thought. You stop your body from reacting (increased heart rate, tunnel vision, tears, etc.) because your mental focus is dedicated to identifying what you are feeling.

In a moment you go from being overwhelmed by subjective thoughts to having a clear, objective understanding of what you are feeling. Your mental energy is preserved and negative physiological responses were avoided. Your body works efficiently and you stay in control.

Now that you have named the emotion, the next step is reframing it in a way that benefits your objectives. For my FBI friend in the Philippines, the emotions she had to reframe were some of the most destructive and difficult to manage: anger, sadness, and shame.

Rather than being angry at the rebel group, she chose to reframe the emotion as disappointment that the rebel group gave up on negotiations. This allowed her to focus on planning and preparing the rescue mission.

Rather than being sad at the loss of life, she chose to reframe the emotion as certainty that the group had lethal intentions. This empowered her to make decisive decisions under tight time constraints before the new SWAT commander arrived.

Rather than being ashamed that she couldn’t save Guillermo’s life, she chose to reframe the emotion as commitment that his sacrifice would not go to waste. This motivated her to work through the challenges that came with managing an international team after a major operational setback.

You identified the emotions you were feeling. You reframed them to make them productive. But reframing is not the same thing as processing. The original emotions are still active inside the frames that you built.

The final step is embracing the emotions you framed and letting your mind and body process through them. Embracing and reacting to the original emotion does two important things:

First find a quiet place where you are safe and won’t be interrupted. When you are ready to process the emotion, set a 2 minute timer and breathe, reflecting on your original emotion. Any reaction you have is acceptable as long as it doesn’t cause harm to you or another person. Scream, cry, break things, or just sit in disbelief. This is your time to heal.

Elite operators serving in uniform, jumpsuit, or alias know the importance of emotional discipline. The risk of letting your emotions take over is too great – for your own life and the lives of those depending on you.

Your biggest mission still lies ahead.

And now you have the self-discipline to complete it.