Carry a Conversation Like a Spy (Social Mastery Part II) 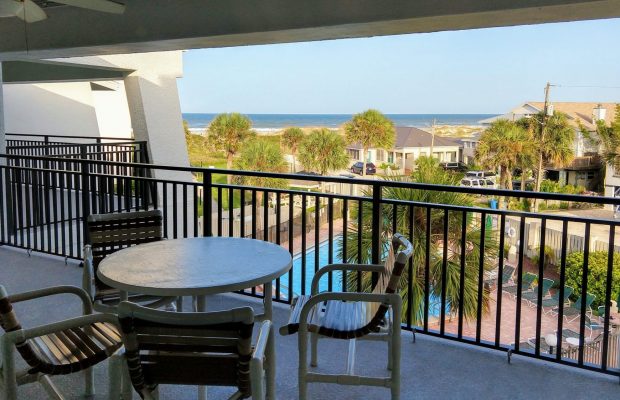 It’s time to learn how you can carry a conversation like a spy!

My first day of training at CIA was nothing like I expected. Hollywood had me prepped for dark suits, fast cars, guns, explosives and multiple languages. But the reality was very different.

My first day at Langley found me in a beige room surrounded by a handful of other new recruits.

We were all undercover and had been instructed not to share our true names or personal details with one another.

The entire room was brimming with energy and excitement.

Each of us came from a different background, a different life, a different experience set – but we all had the same dream that was becoming a reality.

CIA receives over 150,000 applications a year. In addition to the jobs you would expect – like field officer, analyst, or linguist – there are hundreds of jobs you would never expect. CIA staffs its own lawyers, personal trainers, office managers, graphic designers, human resources specialists and more.

And that doesn’t even get into the really specialized skills, like disguise artists, physical entry professionals, armed security, or pilots.

New recruits come as young as 24 years old and span all ages after that.

I sat side-by-side with a retired military officer on one side and a former surgeon on the other side my first day of training. Intel agencies like CIA, DIA, NSA and FBI recruit from veteran groups, university campuses, military bases and even technical colleges.

The most talented operators in the world share a common interest in learning, practicing and applying new skills.

A person’s willingness to learn something new is a window into their potential. If CIA likes what they see in you, they can unlock a door to your potential through training.

At CIA, everything revolves around ‘Windows and Doors.’

Let me show you how ‘windows and doors’ help you master the skills to carry a conversation with anyone.

When you learn to master social ‘Windows and Doors,’ you will gain access to valuable insights that other people miss or ignore.

In our last letter we discussed how ‘Giving to Get’ was an effective way to start building rapport. ‘Windows and Doors’ is the second phase of rapport building.

‘Windows and Doors’ takes rapport building to the next level by using what you ‘gave’ as a way to gain insight based on what you ‘get’ from the other person.

By giving something away in a conversation (or even an introduction), you open social ‘Windows and Doors’ that invite other the other person to keep talking. In the spy business, we call this ‘reciprocity’ – a subconscious need the other person feels to give you something back in return.

Here is one everyday example of how you might carry a conversation at work:

Social mastery happens when you learn how to use rapport to gain insights, and then use those insights to gain trust.

‘Giving to Get’ started in the above conversation when Andy offered Mike a cup of coffee with no strings attached.

From there, ‘Windows and Doors’ started to open…

To 99% of society, conversations are just a friendly exchanges between co-workers; normal, unimportant, and easily forgotten.

But you and I know better. By carrying a conversation, Andy gained key details he can use to grow his rapport with Mike today and in the future. This is especially powerful when you consider that Mike – the only other person in the conversation – is likely to forget the conversation ever happened!

When you carry a conversation, you gain information – and information is the foundation of rapport.

Let’s take a moment to exercise this concept in real-life… your life.

In my first training Social Mastery training post, I ‘gave’ you the chance to ask me a question about my time with CIA.

That letter was my way of ‘Giving to Get.’ The questions you sent me helped me gain new information about you through ‘Windows and Doors.’

Kevin’s question taught me: Kevin is in a long-distance relationship. Living apart from your spouse is hard! He is so dedicated to his wife that he not only wants to build personal connections with her, but also a cultural connection with her national heritage. Kevin is a husband who wants to be better today than he was yesterday. I am the same way!

Aaron asked me: “What was the craziest SDR you ever went on, either in training or in the field?

Aaron’s question taught me: Aaron knows something about field operations – he used the acronym SDR (surveillance detection route) fluidly and correctly. He also used the professional term ‘field’ rather than a generic term like mission or operation. Aaron also seems to enjoy this type of work since he asked about my ‘craziest’ SDR instead of my scariest, hardest, or most dangerous SDR.

Hannah asked me: “Did you ever have to kill someone? Have you been the target of another country’s intelligence agency before?”

Hannah’s question taught me: Hannah appreciates the severity of intelligence work, and recognizes that real people take real risks. Her question about being a counterintelligence target shows that she has studied/researched professional intelligence operations.

My rapport with Kevin, Aaron, and Hannah will get stronger when I carry the conversation using ‘Windows and Doors.’

I can sympathize, share, and joke with them based on what we have in common: marriage, intelligence studies, stories, travel, etc.

They will feel more comfortable with me because I ‘reciprocate’ with information that is relevant to their interests and personal lives. When I use ‘Windows and Doors’ to carry a conversation, I show the person I’m talking to that I respect their knowledge and appreciate them as individuals.

Social mastery is about listening and learning from others… and that takes practice.

Start a conversation today using ‘give to get’ to build rapport. Do it with a text message or a phone call to a coworker, or even introduce yourself to a total stranger.

Carry the conversation using ‘Windows and Doors’ and watch as the other person shares awesome, valuable information with you. Information about their likes and dislikes, personal situation, concerns, preferences, and frustrations.

Once you know how to build rapport and use it to carry a conversation forward, you are well on your way to being a social master!

I’m excited to see you in action!