Why Your Smart kid Gets Bad Grades In School 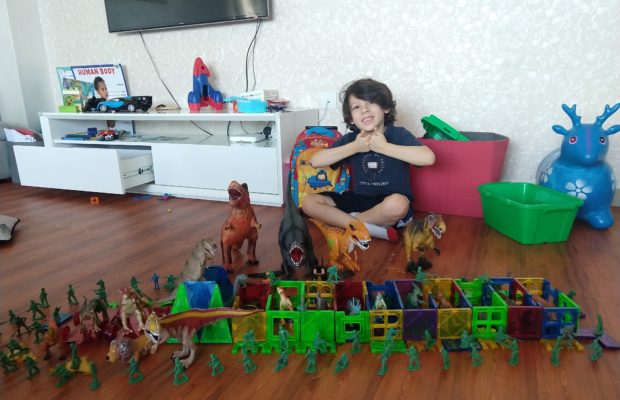 I know exactly how frustrating and discouraging it is when your smart kid gets bad grades in school!

My son, Sina, is an 8-year-old ball of joy and energy. He loves meeting new people, and new people love to meet him. He makes new friends fast, remembers everything he hears (which isn’t always convenient…), and blows adults away with his polite manners and kindness.

But from the day he started pre-school, he was always the smart kid that got bad grades in school.

When you send your child to school, it is hard to know whether they are getting the best possible education.

90% of American children are enrolled in public school. But public education wasn’t designed to give students a ‘great’ education. Instead, it was built to deliver an ‘average’ education.

While no modern parent wants ‘average’ for their child, Americans in the 17th century thought exactly the opposite.

Prior to the industrial revolution, formal education was only for the ultra-rich. The typical family worked on a farm and had no hope for more money or a better life.

Once American ingenuity invented factories and assembly lines, there was a huge need for a workforce to run them. And the fastest way to fill a factory with workers that showed up on time, did what they were told, and cleaned up after themselves was to put them through a school that expected the same thing.

Public schooling in the United States was built to turn poor farmers, immigrants, and foreigners into an obedient and productive working class.

At the turn of the 19th Century, the US government wanted to build cogs, not critical thinkers.

Students that came from old money, wealthy heritage, or political families had been enrolling in private schools for 2 centuries before the industrial revolution. They benefited from small classes, ample funding for the arts and physical activities, and dedicated tutors and nannies to cater to their individual needs.

The public educational system always assumed the rich would become the ruling industrial class in America.

CIA learned long ago that kids who can’t think for themselves will never become adults that solve tomorrow’s problems. So instead, they recruit operatives according to natural curiosity, life experience, and a tolerance for taking risk.

Like my son, I was a smart kid that got bad grades in school.

I was a B-average student in high-school and graduated in the bottom 10% of my college class with a 2.4 GPA.

My wife, Jihi, has a similar background.

She was an average high-school student, a mediocre college student, and barely made it through her advanced degree.

And Jihi and I are not the exception at CIA or in the intelligence world, we are the norm. And we served alongside thousands of low-scoring, state-school graduates that now live and work undercover making impossible missions happen every day.

CIA teaches covert operators that ‘grades’ are a poor measure for ‘smarts’ – which is why spies see ‘bad grades’ differently than traditional teachers and school administrators.

Your smart kid gets bad grades because their school isn’t focused on them.

Public and private education are the most popular ways to educate your child, but that doesn’t mean they are the best.

Non-traditional education like charter schools, homeschooling, and Montessori are becoming popular alternatives to public school, and for good reasons.

Over 2 million children are homeschooled in the United States – and that number keeps growing.

And when parents decide to homeschool, their students perform a grade and a half higher in math and two grades higher in reading than peers in traditional schools!

Unschooled children are completely free to explore their interests and natural curiosities without studying or using set courses or programs. We do not assign homework, dictate subjects, or direct learning in any way.

We understand that our method is pretty far outside the lines of traditional schooling, but we’ve also watched our children advance years ahead of students older than them in social, emotional, physical, and academic settings.

There is a massive divide between the quality of education that is possible and what public and private schools actually provide.

Recent studies show that private school students that score up to 18 points higher than public school students in 8th grade have less than a 4 point difference by the time they take college entrance exams. That is a 12 point reduction in performance!

48% of public school teachers have an advanced degree, compared to only 36% of teachers in private schools.

With competing priorities like enrollment, teacher turnover, student test scores, and profit, school administrators are left juggling. And traditional students are left behind.

Your smart kid gets bad grades because their natural talents are ignored.

Children are naturally curious. They are creative, brave, energetic and unapologetic.

A common characteristic of gifted children is that they have trouble staying engaged and attentive in the classroom.

These smart students struggle simply because they are bored! A bored child isn’t mature enough to stay on task when the task is not challenging, interesting, or creative.

Children naturally want to use their 5 senses to learn.

They seek out activities they can touch, see, and even taste (“Don’t put that in your mouth!”). Embracing their curiosity is the key to keeping their interest and maximizing their learning.

When schools ignore your student’s natural curiosity and force structure over exploration, your smart kid stops engaging and their grades start to slip. Their talent never goes away, but their interest does.

Your smart kid gets bad grades because their brain needs more breaks than the school gives them.

Decades of research shows that the human brain learns best in 30-40 minute blocks.

Despite the science, schools continue to teach in 45-60 minute classes.

It is also well documented that the brain needs 15-20 minutes to properly index and retain information between learning periods.

But the time between traditional classes is only 5-10 minutes so that schools can maximize the number of subjects in a school day.

Meal breaks, physical play, and artistic activity have all been proven to help students learn and perform their best, but each of these breaks are being removed from public and private school days.

When you were in school, did your grades reflect your intelligence or your level of interest?

The same thing is happening to your smart kid right now.

Elite CIA operators are built using engaging, challenging, and fun training experiences. The same approach can unlock your child’s inherent talents…the talents you passed to them in your DNA.

Whether you enroll your children in traditional school or explore non-traditional options, remember that ‘grades’ are a poor measure of your child’s ‘smarts.’

Challenge them. Encourage their talents. Feed their curiosity.