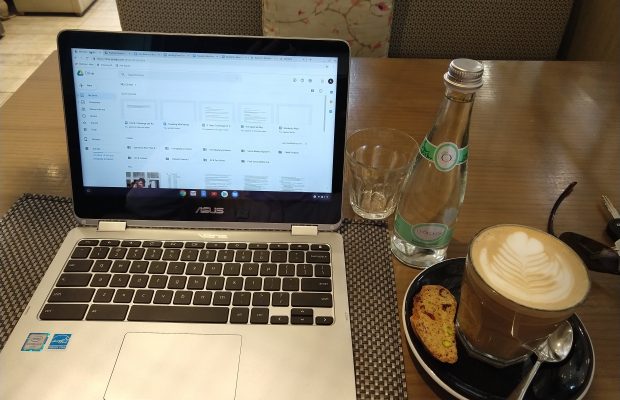 Welcome to your newest #SpyHACK!

I recently returned from a year living and working in the UAE (United Arab Emirates) – a Muslim country ruled under Sharia courts with no democratically elected government.

I took my whole family to the UAE in mid-2019 on a private intelligence contract. If you know my wife, Jihi – from my podcast or in person – then you already know she did a TON of research on what we were walking into before we arrived as a family of 4 (including 2 former covert CIA parents…) in the Middle East!

The experience as a family was everything I wanted it to be: challenging, interesting, humbling, profitable.

But the tight internet controls and constant monitoring of my online profile – both in business and personal matters – was incredible.

My ability to grow and run EverydaySpy.com was the primary victim of UAE internet controls.

In addition to digital and human monitoring of the website you are reading now, my Everyday Espionage Podcast and EverydaySpy YouTube channel were routinely scanned. I would receive emails and phone calls from quasi-government organizations reviewing my posts, warning me about UAE social media laws, and ensuring my content stayed within the boundaries of Sharia Law.

Here is a short list of topics I couldn’t teach you online because of UAE internet laws (don’t worry – they are all coming soon!)

The list goes on, but I think you get the idea!

To celebrate our return to American soil, today’s #SpyHACK is all about defeating a government blocked VPN… like I did to keep my own business running from the UAE.

Only now, I can teach you this HACK without worrying that the Emirati authorities are going to kick down my apartment door!

Multiple countries around the world monitor, censor, and control internet users within their borders.

China, Iran, Russia, Turkey, UAE and Belarus are just a few. To get around heavy government monitoring, savvy tech types created something called a VPN (aka: Virtual Private Network). But while VPNs worked for a little while, most countries that heavily monitor their internet have also banned the use of VPNs.

For Westerners who enjoy a life of online freedom in the US, Canada, or Australia, VPNs often seem like a complex technology that doesn’t help much.

But for anyone focused on protecting personal data online, safeguarding digital personal or business information while traveling abroad, or putting an extra barrier between their online life and internet criminals, VPNs are an absolute necessity.

With countries like the UAE, China, Russia and Turkey actively blocking VPNs, Americans traveling to those countries can actually lose access to their own data.

It is a real problem for many people…

But it is a problem that you can defeat.

Here is how you defeat a government blocked VPN to protect your data and ensure online access to critical personal and business websites.

**Note: The technique I am about to teach you is considered illegal
in multiple countries! Apply this tactic cautiously and with a full understanding
of local laws.**

Step 1: Download a VPN to all of your personal wi-fi enabled devices before you leave your home country

Step 2: Buy a local smartphone and SIM card after you land in the restricted country

The goal is to appear like a local resident by getting a local phone (IMEI – cell phone ID number) and local wireless plan/SIM card (IMSE – cellular subscriber identity). You want a smartphone with the ability to act as a ‘mobile hotspot.’ This feature is standard in almost every iOS and Android device worldwide, but still worth checking before you make your purchase.

Step 3: Turn off the Wi-Fi capability on the local smartphone

When you turn off the Wi-Fi function on your smartphone, you force it to run exclusively on the local cellular network. You want your local phone running on cellular data because it uses a different set of frequencies and digital protocols to interact with the internet. If the Wi-Fi function is on, your phone will default back to standard internet protocols and block your progress.

With your Wi-Fi function off and your hotspot on, you just turned your local smartphone into your own personal internet connection. Only instead of using the massive government controlled internet service, it is using a commercially controlled cellular service (these are the ‘different frequencies and digital protocols’ I mentioned in step 3). Even though many countries still restrict cellular providers, cellular technology is constantly evolving to meet increasing user demand and governments can’t keep up. The end result is 100% to your benefit.

Step 5: Connect your VPN enabled device (personal/business, phone/laptop) to the ‘Mobile Hotspot’ created by your smartphone

To your personal or business device, all Wi-Fi signals are the same. It doesn’t matter if the internet connection is via cellular or ISP, your device will see the Wi-Fi signal from your smartphone and connect.

Step 6: Activate your VPN using any country ID you choose as the signal location

The magic here is that your VPN works when it piggybacks on a local cellular signal, even though it won’t work when your personal device connects to local internet directly. It is a loophole that heavily monitored states have to continuously fight because of the speed that cellular technology advances.

That means you can have all the same internet access that you do in New York even though you are sitting in Dubai, Ankara, Kiev, or Caracas!

I’ll be the first to admit there is a lot of technology going on in the background that we aren’t discussing, but I’ll leave that for tech-junkies to research on their own.

If you want to dig in and research more, take a look at unlicensed radio spectrums, LTE-U/LAA, and the internet supporting functions of LTE/3G/4G/5G.

Now you know how to access any online site you want no matter where you are in the world!

For the last year, this technique allowed me to see international news banned by UAE and track my own key business metrics hosted on US servers.

It made it possible for my kids to talk to their grandparents using Google Hangouts and WhatsApp on birthdays, US holidays, and during important family updates.

It even allowed me to order family favorites using the US Amazon marketplace and have them shipped across the world so that we could enjoy some simple American pleasures (OREOs and LEGOs!)

If your work or travels take you to a place where freedom is not, I hope this #SpyHACK serves you well.