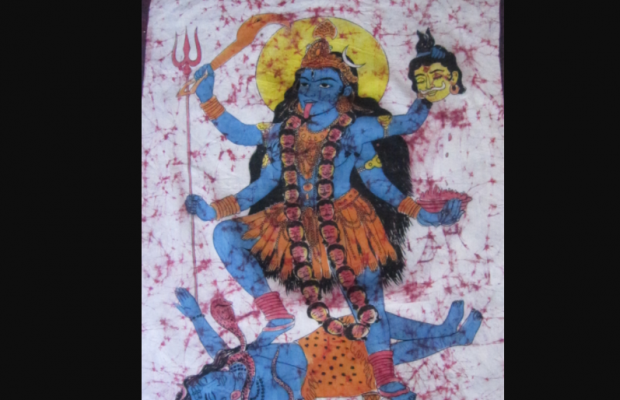 The greatest lie you’ve ever been told is that men and women see sex differently.

Sex is not a gender thing – it is a human thing. Men aren’t wired to see sex as a conquest. Women aren’t genetically coded to see sex as a lifelong commitment. These mainstream beliefs about sex aren’t based in science at all… they are based in media.

Psychologists and researchers have been discovering the science of sex for the last 160 years.

Unfortunately, people starting having sex long before we starting understanding it. The gap between what you believe and what you know about sex is directly linked to the culture you were raised in.

The typical American has some specific ideas about sex:

Science has proven that each of these majority beliefs are false, because they all center around one major error in the understanding of human sexuality – ‘desire.’

I’ve been fortunate to have patient, caring sexual partners in my life… mostly. But my biggest blessing has been that my wife shares my interest in sex. Not just as an act, but as an experience, an experiment, and an educational source.

Early in my CIA training, I was taught about the core human motivations – an acronym I now teach as R.I.C.E.

When I learned these core motivations, I immediately noticed that ‘sex’ was not one of them. But movies, books, and most social interactions put sex at the center of everything!

The reason sex is not a core motivation in everyday life is because it isn’t a ‘desire’ – it’s a ‘drive.’

The difference between ‘desire’ and ‘drive’ may seem small in terms of language, but it’s massive in terms of human psychology.

Drive happens when a resource is self-replicating, motivating, and compelling. Survival is a drive. Hunger is a drive. Curiosity is a drive.

When you think of sex through the lens of these two definitions, it becomes clear that our culture treats sex like a desire when it is actually a drive. Even when we use the correct term – ‘sex drive’ – we use it the wrong way, as a description of our desire for sexual activity.

In 1958, the neuropsychologist Karl Pribram defined the 4 basic drive states for mankind.

According to Pribram, a drive state is a limitless source of energy that drives us to accomplish goals. The 4 drive states were feeding, fleeing, fighting and… sex. Pribram’s research found that every feeling, action, and thought we have can be traced back to one of these 4 states.

As an example, my wife and I were recently harassed by a homeless man walking the streets of Tampa, FL.

After the confrontation, Jihi was emotionally drained and I wanted to help her calm down and regain composure. She was driven by feeding. I was driven by sex (in the form of service – keep reading…).

Our ‘desire’ for a quiet, peaceful date-night did not empower us when the hostile man approached, nor did it motivate us to recover afterward.

We were ‘driven’ by the four drive states. Driven to react differently according to our personalities and personal experiences, but driven nonetheless. And of all 4 drive states, it was the drive for sex that motivated me to care for, protect, and console Jihi.

Your sex drive is not limited to only your sexual appetite – it’s greatest power is unlocked through acts of service.

The southernmost island in the Cook island chain is A’au’u – the home of the Mangaian tribe. This tribe has grown quite famous since their discovery in the 1970s because of the way they approach sex education. The Mangaian people view sex as an energy source – a ‘drive.’ And while they recognize the biological (reproduction) and psychological (connection) benefits of sex, their culture emphasizes the importance of unlocking power through sex as a service.

The greatest power from sex comes from service; serving your partner, your community, and your family.

Americans typically choose one partner (at a time) to engage in sexual activity – but that isn’t true in every culture. Whether you have one sexual partner, none, or even multiple, recognize that you gain more power by pleasuring others than by deriving pleasure from them. Just like you gain more influence, resources, and experience by serving your community and your family than by letting them serve you.

Traditional western views on sex have trapped Americans in a sexual Power Paradox.

A ‘Power Paradox’ happens when a person’s focus on gaining power destroys their ability to use the power they’ve gained.

Field operators turn their sex drive toward serving others – in the bedroom, as well as in public service.

We become constant pupils studying the sexual interests and pleasures for our partners. We embrace our sexual drive as a source of strength instead of shame. And the result is a level of intense human connection, energy, and focus that others can never realize. Because they are trapped in a power paradox built by social norms or cultural limitations.

There is an ancient Hindu story of the Goddess Kali destroying a demon that was believed to be invincible.

When you see her in ancient paintings and drawings, she is covered in blood with multiple arms carrying weapons and the severed heads of her enemy. But in her blood-lust to kill and destroy, she trampled on her husband – the Lord Shiva.

Blinded by her power, the Goddess did not see her lover until he was suffering under her feet. When she realized her mistake, she stuck out her tongue in embarrassment and regained control of herself. She found herself in a power paradox – and she was ashamed.

Your sex drive gives you incredible power to build, but also to destroy.

Learn to direct your sexuality to bring pleasure to others. You will be amazed by the pleasure they bring you in return – as partners, peers, and friends.

If you want to learn how elite operators use sex to pleasure our partners, stay tuned for my next article in this series!