How You Know If Your Job Is Killing You 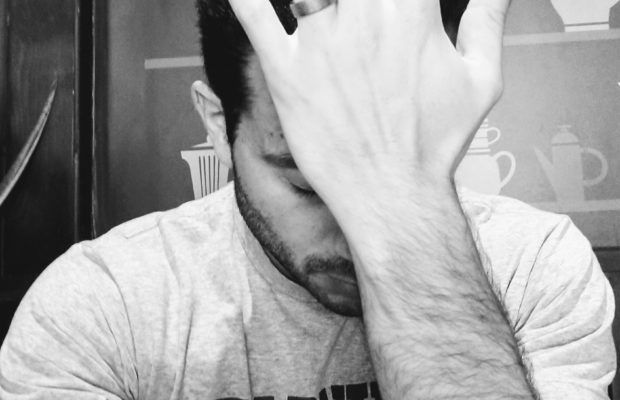 If you are wondering if your job is killing you, the answer is most likely ‘yes.’

Not long into my freshman year at the Air Force Academy, I attended a class function where an F-16 fighter pilot was giving an inspirational speech.

I remember being so excited to meet a real-life fighter pilot! My imagination ran wild with how cool the pilots inside such cool planes must look. I had visions of 80’s movie super-hunks flashing through my head.

I was, after all, a skinny brown kid who grew up in rural Pennsylvania. But now, as an Air Force Academy cadet, I had the chance to shed my lame skinny self and become a gorgeous, muscular, heart-breaking, panty-melting, super pimp jet jockey.

The fighter pilot’s name was called on stage and the audience stood up and clapped; I remember the incredible energy in the room all around me, until…

The person who stepped on stage was a short, bald guy with a pot belly.

There was a noticeable, awkward drop in the audience clapping. Heads started looking left and right, small smiles that hinted at a joke of some sort. I was absolutely certain there was a mistake, and the guy walking to the mic must be some kind of part-time Air Force Reserve bureaucrat.

But I was wrong. He was a fighter pilot, and his job was killing him.

The speech was… not memorable. At least not compared to the shock of seeing an elite military fighter pilot turned chunky monkey.

Maybe you want to stop reading this. And you probably should… cause I’m not gonna get any nicer from here.

83% of Americans experience work-related stress that leads to weigh-gain, anxiety, and depression.

More than 98 million employees in the United States work in sedentary workplaces. These are jobs that involve long hours with very little activity; sitting on the phone, typing at a desk, even holding a fighter jet control stick.

74% of all deaths in the United States stem from just 10 causes… 7 of these ‘Top 10’ killers relate to workplace stress and can be prevented.

647,000 deaths each year (23.5% of all American deaths) come from heart disease stemming from poor diet, sedentary lifestyle, weight-gain and smoking.

169,000 deaths each year (6% of all American deaths) come from unintentional deaths in workplace accidents, daily commutes, and other avoidable scenarios where stress, multi-tasking and distractions resulted in loss of life.

To put it simply, if you eat poorly, smoke, commute longer than 15 minutes, or feel depressed because of your job – the odds are that your job is killing you.

Alcohol, long days on alert, and routine flight missions lasting 8-10 hours are just a few of the reasons that depression and weight-gain are common among fighter pilots. A similar recipe exists for corporate employees, IT and accounting professionals, medical and law-enforcement personnel, and thousands of everyday people.

60% of working adults claim that work is one of the top three sources of stress in their life.

Stress is the number one cause of insomnia in America; and even when stressed employees do fall asleep they end up dreaming about work 64% of the time!

To cope with the stress, many professionals turn to junk food, alcohol, and drugs.

Marriages suffer and friends are lost, which increases the rate of depression and loneliness.

Ever wonder why your employer offers such great healthcare benefits? Because they already know that the average person’s health gets worse as their professional success increases.

And they are gambling on you being average.

Fast-forward to my last year working at CIA when I was assigned as a covert action ops manager in charge of joint military missions in multiple conflict zones.

The operational pace was intense; every operation needed Presidential approval and a clear plan for plausible deniability; 10-14 hour work-days were normal and team members often joked that we spent more time at work than with our families.

We always laughed at the joke, even though we knew it wasn’t really funny.

We loved and valued our mission, but..

Every one of us knew that the job was killing us.

When you work in a secure facility, there is no option for catering or food delivery. So over time we would lean on microwave dinners and anything/everything that came in a can or box to satisfy our hunger.

Bedtime stories at home turned into short phone calls from the office. Spouses slept in empty beds while operators slept in airports, military cargo planes, or with strangers. The mission became the center of everyone’s universe.

Because if the mission were to fail, we’d have to ask ourselves if the sacrifice was worth it.

And they know that pushing operatives to the brink will eventually break them. And a broken field officer can never be trusted in the field again.

So CIA rotates its best officers through different roles specifically to give them time/space to recover.

In a year of high-stress operations, an undercover officer might get sent on 2-3 seven day rest-and-relaxation (aka: R&R) retreats. After the year is over, they will usually get their choice of a cushy, fun assignment somewhere with lots of sunshine and little physical risk.

We work on healing relationships, regaining health and fitness levels, and sometimes going through detox or rehab to break our worst habits.

Unlike more conventional jobs, intel work has a higher tolerance for destructive personal behaviors like drug and alcohol abuse. A big part of that flexibility is because of the advanced psych testing that goes into the hiring process.

You make sacrifices for the things you love and value most; your family, your freedom, your future.

They are your mission and you would gladly die to protect them.

The danger comes when you mistake your mission with your job. Because no job is worth dying for.