How the FBI Accidentally Helped Hezbollah 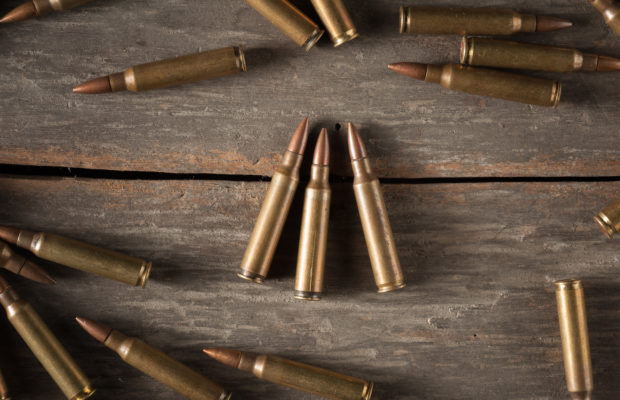 A lot of people ask me if I miss working for the CIA. And my honest answer is that I do not miss it at all. Intel work means sleepless nights, worrying spouses, and missed bedtimes because someone else is telling you what to do. It means never being in control.

I often joke that it is better to be from the CIA than in the CIA. I have all the training, experience, and insights of an inside officer, but unlike them I have total control over my everyday life.

But because I know what I know, there are times when I see things differently than other people. Times when a low-level news story catches my attention and warns me of things to come. And that happened this week.

After reading this note, you will start seeing headlines through the eyes of a spy. You will recognize the value of news stories others overlook. You will no longer be controlled, you will be in control.

Intelligence is a strategy game and the stakes are high. When spies hunt other spies, as was the case with Kourani last November, the stakes get even higher.

Trained by Hezbollah at 16 and recruited as a Hezbollah sleeper agent in 2008, Kourani lived a double life. By day, he was a mild-mannered engineer living in New York City. By night, he was a trained killer awaiting orders to strike.

But there was a fatal flaw with Kourani. This trained killer got soft. While living in the US, he got married, had children, built a career, and started believing in the American dream. He doubled-down on his Linkedin profile and cut his losses with Hezbollah. The sleeper agent was choosing to stay asleep.

Spy skills grow old over time. You have to keep running, keep shooting, and keep training if you intend to stay sharp. A big part of why I left corporate America was because I felt my own spy skills starting to fade. It’s hard to train, learn, and mentally challenge yourself when you work a 9-5 job with 2.5 kids and a mortgage.

For me, working with you keeps me sharp. EverydaySpy.com gives me the control to adventure anytime and anywhere I please. But for Hezbollah sleeper agent Kourani, he just kept on fading.

In 2016, Kourani was approached by FBI and asked to become a double agent against Hezbollah. Not surprisingly, the sleepy Kourani claimed ignorance and called his attorney. Kourani went home that day, but FBI had a decision to make:

Do they wait for a better time to approach Kourani?

Or do they try to force Kourani to cooperate?

FBI decided to force Kourani to cooperate. They put pressure on his family and friends, making them believe Kourani was already a US informant. According to Kourani, everything came to a head in the summer of 2016 when Hezbollah agents shot at him and his family in Lebanon, ultimately forcing his wife and children to flee to Canada.

Wanted by Hezbollah and feared by his family, Kourani finally caved to FBI demands in 2017. He admitted his Hezbollah affiliation along with details about his mission, targets, and terrorist intentions. He was ready to become the double-agent FBI wanted.

But rather than use their new-found leverage to recruit Kourani as double agent, FBI decided to arrest him instead. FBI chose to use Kourani’s statement as an admission of guilt and grounds for arrest. When challenged by Kourani’s legal team, FBI noted that Kourani’s attorney had mistakenly forgotten to seek a letter of immunity for Kourani. The legal technicality made it easy for FBI to take one terrorist off the street.

But one terrorist is not the problem.

Right now, countless terrorist sleeper agents are living among us. Like Kourani, many of them are getting soft and putting time into education, career and family. Terrorist training camp skills are getting rusty, and sleepers are considering whether they should cooperate with the US in exchange for immunity.

But when FBI decided to use Kourani’s cooperation as a confession and deny him immunity, they sent a message to every other Hezbollah sleeper agent that cooperation will not be rewarded. Instead of neutralizing the threat before it became active, they activated a threat that was previously asleep. Rather than fight Hezbollah strategically, they helped Hezbollah tactically.

We are taught to trust that government agents will keep us safe. Media tells us that terrorists are mindless drones rather than normal people. Neither statement is the full truth.

Government agents have to manage a career. They have to think about how an arrest, a dropped case, or a failed prosecution impacts their promotion potential this year. In the case of Kourani, it is clear to me that someone was thinking about promotion instead of public safety.

But that is the reality of government service. All the sacrifice and risk-taking, following other people’s orders, makes it easy to mistake selfless service for self-service. Good people making hard decisions sometimes make mistakes.

Terrorism is not a simple evil. We can not defeat it one bad-guy at a time. We have to starve it to death. And one way to do that is by helping sleeper agents become double agents, not tricking them into an easy arrest.

Kourani is no longer a threat. But every other sleeper agent in America has one less reason to work with us, and one more reason to remain loyal to their cause.

FBI played checkers when they should have played chess.

But the game isn’t over yet!

Every one of us has a voice that matters. Let your congressman know how you feel about Kourani’s arrest. Comment on social media. Tell your local paper you want them to write a detailed story on the case.

When we speak up, we show FBI that we appreciate their service. We help convert sleeper agents into intel sources. We shut down terrorist networks and keep Americans safe.

Always remember that the government is there to serve you. And that makes you the Master.

Related Items1fbiHezbollahstrategyterrorism
Next Story → Of Kings and Fathers