The Five Pillars of American Primacy 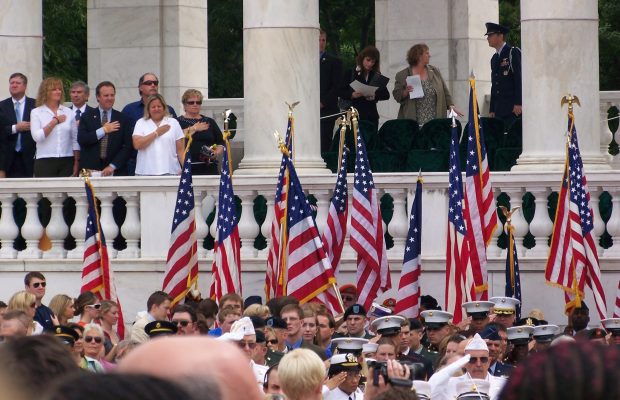 That freedom is something many have fought and died for. And it’s something we will never give away.

My first memories after joining the Central Intelligence Agency (CIA) are a blur of faces, file folders, and fortified walls.

The process of being assigned a cover identity, learning your alias persona, and getting access to America’s most sensitive computer system is complicated. There is no outside preparation, no common knowledge, no checklists you get before your first day of work.

You just show up… and then you try to keep up.

The men and women serving in the halls of Langley are some of the most intelligent and dedicated people that the world can never know.

Because I was one of them.

At the core of every CIA mission was a single objective – American Primacy.

America is a nation unlike any other on earth. A country of free men and women who define their own destiny, volunteer their lives in service, and safeguard their future with blood, sweat, and tears.

American primacy is the unwavering commitment we make to keep America the most successful country in the world.

It is the reason CIA officers accept missions with impossible odds to make history happen in the shadows.

American primacy is something we all share – independent of our age, gender, or creed. It is part of our nature, our identity, our personal fabric.

And it’s based on five pillars:

The French joke that if you ask five Americans the same question, you’ll get five different answers.

You don’t become the best by conforming to everyone else. American primacy started the day a group of dedicated revolutionaries defeated a global superpower – the British.

Our roots are based in independence; a refusal to do what we’re told, believe what we hear, and accept what we are given.

World leaders and foreign media may call us brash, uncooperative, and selfish. But it is that sense of independence that makes us stronger and more resilient than any other country on the planet.

Americans embrace the unknown in a way you don’t find anywhere else in the world.

We take risks in business, careers, and even relationships. Where other countries stall or waffle, we take decisive action.

But for Americans, the risk is always worth it.

3. Americans do more with less

American ingenuity is famous around the world.

We recognize that money is only half of the solution. Creativity is the other half. And our great nation is never at a loss for creative problem solvers.

We thrive on competition and challenge when the odds are stacked against us. In those moments where all seems lost, we innovate our way to victory. And when we do, all of mankind benefits from what we create.

Even while the world demands more money, more attention, and more time, Americans pull miracles out of mid-air.

We always have and we always will.

4. Americans help each other

America is the home of the second chance.

This is the birthplace of the American Dream. We believe anything is possible and everyone can change.

“Give me your tired, your poor, Your huddled masses yearning to breathe free, The wretched refuse of your teeming shore, Send these, the homeless, tempest-tost to me, I lift my lamp beside the golden door!”

The World Giving Index named the United States the most generous country in the world in 2019.

Americans gave more than $427 billion to charities in 2019 alone.

Whether we are helping strangers, donating our time or money, or just offering words of encouragement, our willingness to help our fellow man is one of our defining characteristics.

And it makes us great.

5. Americans never give up

America is full of failures that become heroes because they never give up.

Michael Jordan is the most famous basketball player of all time, but he was cut from his high-school basketball team. He claims to have missed 9,000 shots, lost 300 games, and failed to score the game-winning shot 26 individual times.

But he never gave up.

Walt Disney is the founder of the most iconic brand known to mankind. He was fired from his first newspaper job because they said he had no good ideas. When he tried to launch his animation studio in 1921, it failed. Had he given up, our world would have lost the joy and laughter of countless children – yours and mine alike.

But what makes Americans special is that we do not accept failure.

And then we keep trying.

That is American Primacy.