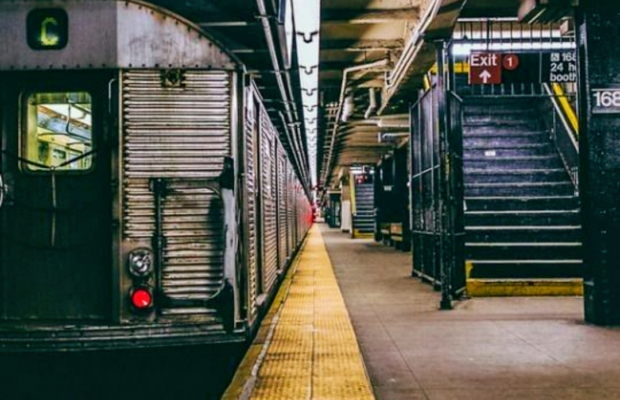 This past April, a short-notice invite to New York City put me in a pickle.

The deal maker was the moment she found out I had to take the bus to get to New York.

The invite was so last minute that plane and train tickets were stupidly expensive. Luckily, MegaBus was willing to deliver me to Chinatown for just $25!

When my wife heard I would spend 6 total hours of my weekend cramped on a bus, she just chuckled and sent me off.

The bus ride went about as well as any bus ride can go, and I found myself safe and sound in Chinatown.

My last visit to New York was almost a decade ago, and I wasn’t in my real name when I was there. Regardless, I knew there was one key to success in New York City – learn the subway system.

The New York subway is legendary, and for good reason.

With more than 840 miles of track, 5.8 million people ride the New York subway every single day. That is more than 2 trillion people a year. In service for over 110 years, the subway is the heartbeat of NYC.

An endless ocean of people underground also presents an attractive target for criminals.

Known as ‘transit crime,’ there were 2,500 counts of rape, murder, and armed robbery on the subway in 2015. While down from the 17,500 reports of major transit crime in 1990, the numbers are still staggering.

Each day, 7 people are raped, murdered, or robbed at gunpoint on the subway.

When I arrived in Chinatown, it was cold and wet outside. I couldn’t wait to get underground and out of the rain. And I wasn’t the only one.

Thousands of tourists, commuters and local New Yorkers were flowing in and out of the subway system along with me.

Subway criminals have a large pool of targets to pick from each day, but they also have a few unique challenges

The subway is a very public place. Major crimes like rape and robbery need relative privacy to be successful. These crimes also target specific individuals rather than random people, which means the threat has to follow the target to find the right time and place to attack.

If a transit criminal can’t follow you, then they can’t make you a victim to their crimes.

Here is how you lose them.

Subway entrances create a natural bottleneck and give you room to spot a possible tail. When you enter a subway station, take a moment to see who comes in behind you. You can either peek over your shoulder or make a full stop and take a few seconds to look around.

Don’t worry about looking obvious – a tail will be threatened by your awareness and may call off the attack right away.

If you find yourself on the subway and suspect you are being followed, the next step is to ‘drag’ your tail. Dragging happens when you move from one place to another and watch to see if your tail follows you.

On the subway you can drag your tail by moving between cars, exiting and re-entering a different car during a stop, or boarding a new train at a transfer point.

Dragging your tail does two important things at the same time. First, it confirms that you are being followed and shows you exactly who is following you. Second, it scares the tail because they realize they’ve been discovered.

When a criminal loses the element of surprise, they lose the biggest advantage they have and they usually break away.

But some threats will stay on you, even after you have dragged them around. Now it’s time to ditch them.

Ditching a tail is a lot like dragging a tail, only the movements you make are much more aggressive.

Your goal when ditching is to trap the tail on the train or on the platform while you go the opposite direction.

Do this by moving between cars while the train is at a stop. Just before the rain departs, quickly leave the train car and move into the platform while the doors shut behind you.

You can also exit at a stop and quickly get back on the train as the doors are closing, leaving your tail stuck on the platform behind you.

On a crowded train, you have a significant advantage.

Push your way down the middle of the car toward an exit. You will frustrate people, and they will increase their resistance when your tail tries to follow suit.

The most important thing to remember when you have someone following you on the subway is that you must not leave the subway system!

Once you leave the subway system with a tail, things get a lot more complicated. Stay on the subway until you are certain the tail is gone, even if that means going to a security guard or police officer at a subway stop.

The subway system can be abused, but it can also be a great ally in your effort to stay safe. By knowing how to use the subway to your advantage, you will be in total control of your safety and the safety of your loved ones.