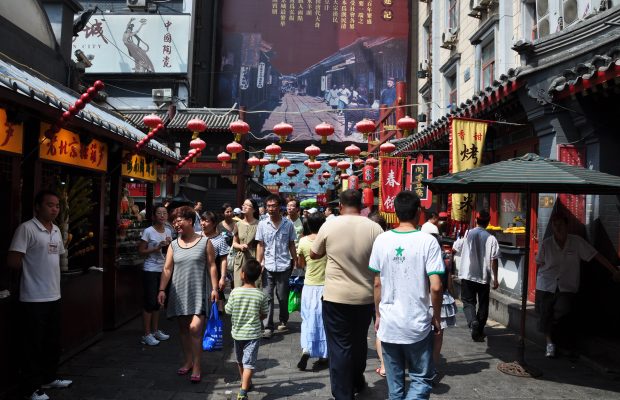 Less than a week after the first confirmed case of Coronavirus (then called 2019-nCoV, now called SARS-CoV-2) in the United States, I gave you the tools that intelligence officers use to avoid infection in the field.

I promised that hype and panic was spreading fear faster than people were spreading the Coronavirus.

This week, the US Stock Market lost $3.2 trillion due to Coronavirus.

It is true that Coronavirus is killing people.

There have been 2,924 deaths to date and the count continues to grow.

But true to my training, the danger continues to center around densely populated areas with poor hygiene standards.

The decline in the global stock market is not due to pandemic, deaths, or rate of infection.

The ongoing crash is because China is both the center of infection and a center of global commerce. And they’ve been shut down for over a month.

I warned that China’s national security priorities prevent them from being honest about the spread of Coronavirus.

Now the world is feeling the impact of our global reliance on the Middle Kingdom.

30 days ago, I politely disagreed with US officials who stated that China was being forthright about SARS-CoV-2. Today the world is expressing frustration and anger as the Chinese refuse to share information.

The Coronavirus will leave a legacy for our world, but it will not be a legacy of death and destruction.

It will be a legacy of truth.

– The SARS-CoV-2 Economic Legacy: Bull in a China Shop –

The world’s dependence on China has taken center stage… and China has stage fright.

Chinese factories have been shut down to reduce the spread of Coronavirus. These factories, packed full of stressed-out workers with little/no hygiene standard, are a hotbed for SARS-CoV-2 to spread. China knows that and took action to shut down factories early. But a month of closed work-floors means a month of lost productivity… with no end in sight.

Closed Chinese factories are going to drive a global smartphone, laptop, and textile shortage – buy now, if you need an upgrade.

Companies like Apple and Microsoft have announced their predicted Q1 losses. Other companies are concerned that 2020 annual sales goals are already impossible to meet. Consumers will feel the pain when consumer electronic prices skyrocket as summer arrives.

Not only does Coronavirus keep Chinese workers who build tech products out of work, it also blocks worldwide access to 80% of the rare earth elements that make modern-day tech happen. China mines, refines, and transports the vast majority of the world’s most important rare earth minerals. Or it did, until SARS-CoV-2 decreased Chinese productivity to 20% of capacity.

The economic crash this week is only a small warning of what lies ahead if militaries, communication companies, and big tech lose access to rare earth resources.

But the supply shortage is not the legacy – the legacy is the decision China is about to make.

China is under incredible pressure to put people back in factories and feed international market demand. But if they do, they risk increasing the rate that Coronavirus spreads in China and abroad.

China is trapped in a classic catch-22.

If they fight Coronovirus in China with quarantines and shut-downs, they will lose the international market they’ve worked so hard to secure. But if they move to save the market and put people back to work, SARS-CoV-2 will spread faster and further down the modern-day silk road.

China has already stopped sharing information about SARS-CoV-2 with the world. It would be easy for them to shift the narrative and say Coronavirus is under control or even declining in China. With outbreaks in Europe and the Middle East, China can blame the growing pandemic on poor controls in other regions and protect their own economic interests.

In the wake of a global outbreak, Coronavirus has not yet become a polarizing political issue… but it will.

When the fear is indiscriminate death and sickness, it is easy to keep an issue non-political. But now that fears are shifting from ‘super-flu’ to market crash, people will start to look at the issue through a political lens.

The politics of Coronavirus is why China stopped sharing information.

They do not fear widespread death anymore, but they do fear the perception that their ruling party was not prepared and cannot maintain pace with the virus. With the world’s second largest economy and largest population, China must maintain the perception of credibility in order to maintain influence.

In the US, we are entering a high-stakes presidential election season.

Our current president had a strong economy supporting his ambitions for re-election. His contenders are debating their own qualifications against one another in the hopes one of them can beat Trump in November. Before today, politicians weren’t talking about Coronavirus because it didn’t directly benefit their election odds.

But now it does.

Political hopefuls are now thinking about how Coronavirus will impact the next 9 months before Americans go to the polls.

Republicans will highlight how effectively the current administration responded to the outbreak. They will cite the low infection rate in the US and note how damaging the infection has been in foreign economies dependent on globalization. They will highlight how strong domestic markets and strict immigration policy can protect against the spread of illness like SARS-CoV-2 in the future.

Democrats are going into the election cycle the typical way, fighting each other for attention and money (you would think they had learned better last time…). They will be hard-pressed to win either objective by focusing on traditional issues like global warming, health care, or social welfare. Instead, they will start focusing on how President Trump reacts to the pending market crisis and looking for missteps along the way. They will leverage the falling economy because it is a new and powerful tool that could unseat the incumbent president.

Neither party is evil or villainous – they are just following the rules.

– The SARS-CoV-2 Information Legacy: For Your Eyes Only –

But intelligence must be accurate, rational, and true.

The US is so desperate for reporting on SARS-CoV-2 that they’ve started tasking intelligence agencies to collect information.

Your concerns, worries, and fears are shared at the highest levels by world leaders.

And the tool they are using to get answers is trained intelligence officers.

Intelligence is the art of understanding how everything is connected.

Coronavirus is not just a virus. It is an economic threat, a political opportunity, and an information gap. It not only has the potential to kill, it also has the power to render people irrational with fear.

And fearful people are the goal of terrorists, dictators, and every kind of bad guy.

The impact of SARS-CoV-2 won’t end when the last case is confirmed.

It will continue long after that.