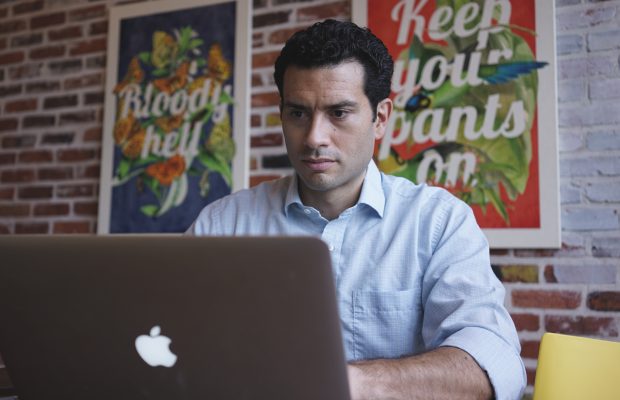 I’ve been seeing your name a lot these days.

Between Google’s algorithms, Apple’s PR people, and US media outlets, you are popping up everywhere! You look happy, confident, and successful. Well done.

I don’t think we met while we were at the Agency together. Not unless we crossed paths getting coffee or burnt breakfast omelets in the cafeteria downstairs. My name is Andrew Bustamante and our service time with CIA overlapped from 2007-2010.

If my timeline is correct, I was coming on board right about the time you were headed out to the Farm.

It sounds like you came on through the Professional Trainee (PT) program. I have a number of friends who were trained through the PT pipeline. It’s a good program but takes a long time to get deployed.

It had to be tough coming into CIA like you did, straight out of academia in your early 20’s. There is such an emphasis on age, experience and gender in operations. While CIA is not an inherently bias organization, the world where we serve still is. Sex and skin tone make it hard to disappear in many parts of the world.

I came to CIA through the Clandestine Service Trainee (CST) program in 2007.

I was a former US Air Force officer and came in with Mandarin language and a Nuclear weapons-level security clearance. Some people think that sounds impressive, but it really just means I spent a lot of time locked away in dark rooms. Not that different from the cubicle city where we cut our teeth at HQS!

I was part of Field Tradecraft Course (FTC) class 21.

I’m guessing you completed either class 18 or 19. Those were tough training years with the hiring surge after 9/11. Student cohorts went from the tens to the hundreds. And like you said, FTC wasn’t always staffed with the Agency’s best-and-brightest.

I was lucky to have a sharp mentor from DIA and a solid group of peers go through training with me. That said, nobody knew anyone’s real name. So deep friendships were few and far between.

But that held true after the Farm, too. Such is the cost of a covert career.

I’ve read a number of the articles out there about you, your service, and your family.

It takes a lot of courage to do what you are doing. You should be proud.

I’m sorry for the tabloids that tear you down. And I’m sad to hear that current officers are trying to poke holes in your book.

Anonymous inside officers are the least qualified to give their opinions to the press. After all, they are still under oath to protect their CIA affiliation and coordinate any/all comments with CIA’s official PR department.

Media doesn’t understand that true, professional intelligence officers do not violate their secrecy oath for any reason.

Not to question policy makers, not to whistle-blow, and especially not to attack peers who choose to leave. Like you and me, professionals who want to share their voice leave CIA, show their face, and support the heroes that continue to serve in silence.

Congratulations on your recent book release! The Publication Review Board (PRB) can be a challenging bottleneck. Hopefully they approve your book soon and do not take punitive action against its early release.

CIA has an unfortunate culture of shaming officers that leave and write books.

There are a number of excellent academic texts, fictional stories, memoirs and reference manuals authored by former Agency officers.

You took on the most challenging option – a personal memoir. That means every operation, every name, every place you share has to be fictionalized to protect sources and methods. By the end, your memoir can become just a shadow of real events.

I opted to stay away from personal stories. Most of my work wouldn’t make it through the PRB anyway. So I took the training route with my writing, offering practical content that can be used in everyday life.

It’s my way of continuing service to my country and contributing to a better future for my children.

Leaving CIA was one of the hardest decisions I ever had to make.

I’m sure it was the same for you.

Like you, the birth of my first child transformed my perspective about the work I was doing. When you work independently, the idea of disrupting, degrading, or destroying bad-guys is exciting.

A life of travel, danger, and passion is really appealing; you see amazing places, eat amazing food, have amazing sex. You start to see yourself as expendable – the same way the government sees you.

You are, after all, just one of many trained shadows built to disappear.

But children change all that, don’t they?

And your desire to fight evil changes… it amplifies. It magnifies.

Because you hold your legacy in your arms in the morning. You bathe them at night.

And you see infinite potential for the good they can do.

It’s no longer enough just to stop bad-guys one at a time.

Now our mission is to grow good-guys…

To show them the talent that they hold. And give them the tools and techniques they need to be victorious.

And the oath that you and I once took promised that we would, “support and defend the constitution of the United States against all enemies, foreign and domestic…

The world is watching you, Amaryllis.

And they are learning.