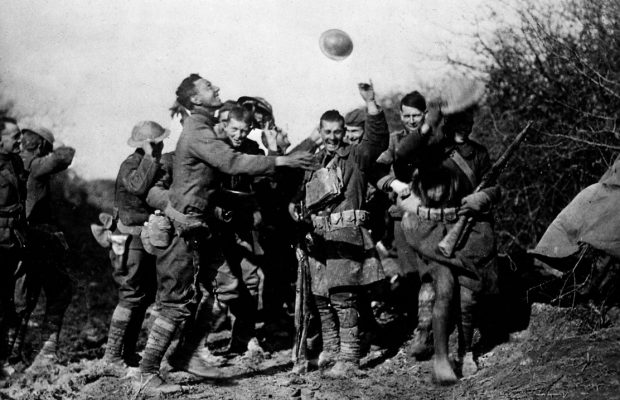 There is something about Veterans Day this year that makes it special.

Part secret, part history, I want you to have the knowledge that others don’t.

Veterans Day is not unique to the United States. It is actually an international holiday that happens every year.

We are all celebrating the same thing: the Armistice (aka: treaty) that ended World War I in 1918.

WWI was the first time in history that mankind stood face-to-face with global carnage.

A ceasefire order for all combat forces, signed between Germany and Allied commanders.

101 years later, this week, we celebrate that armistice on exactly the same date – November 11.

The meaning behind the Veterans Day holiday is easily overlooked as families enjoy the last long weekend before autumn turns to winter.

The original name of the holiday – Armistice Day – and its connection to WWI was lost in 1954 when a group of veteran service organizations urged congress to change the holiday.

Sometimes confused as a holiday honoring those who died, Veterans Day is actually intended to celebrate those who lived.

But all of that is the history. This is the secret…

No veteran honors their time in service as much as they honor the life they were privileged to live after serving.

There are 18.2 million veterans in the United States.

I am only one.

And while we all have different experiences, different careers, and different lives, we share one very important trait…

This is the real purpose of Veterans Day – to celebrate survival! To celebrate hope!

Seeing combat first-hand is unforgettable. When you serve in a combat zone, despair, disgust, and depression press in from all around.

Those feelings are shared from generation to generation, all the way back to those who served in WWI.

There was no time for hope. No space for optimism.

WWI was death and destruction the likes of which had never been imagined before.

The people who served believed in their cause, but they did not believe they were going to go home.

One day later, everything changed.

The armistice called for the “cessation of hostilities by land and in the air six hours after the signing.”

To cold, hungry soldiers who had not known dry cloths in weeks, the armistice was a shock…

Every veteran appreciates the support and encouragement of a grateful nation.

But the best way to honor a veteran on Veterans Day is not to say ‘Thank you for your service,’ but rather, ‘I’m so happy to celebrate life with you today.’

Because we know that life today was never guaranteed.

Life is a gift. And a gift that we honor for others and ourselves.

Get spy stories and training content delivered to your inbox for free! Dominate your career, protect your loved ones, and gain the ultimate unfair advantage in everyday life.